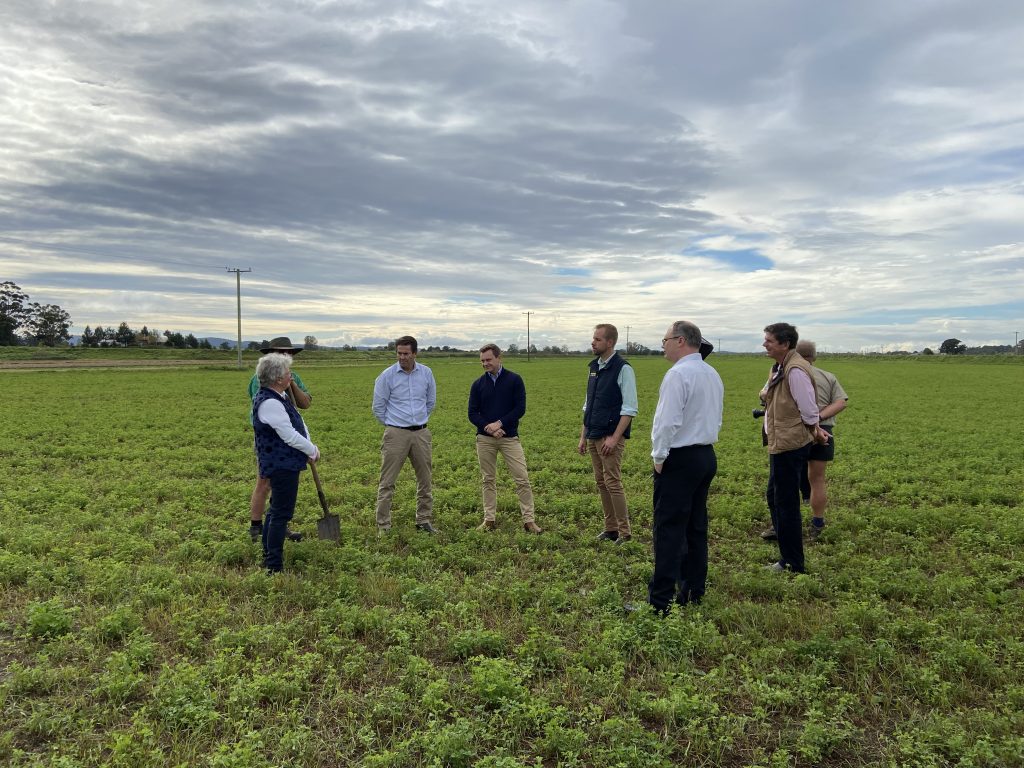 Farmers across the Hunter Valley will no longer need to worry about being bogged down in cease to pump rules with them now being taken out of the Draft Water Sharing Plan.

The NSW Government has announced the rules won’t be a part of the update to the Hunter Unregulated and Alluvial Plan which was up for review this year.

Minister for Lands and Water Kevin Anderson was with Upper Hunter MP Dave Layzell at a farm at Pitnacree near East Maitland to make the announcement this morning.

“There will be no cease to pump rule apply in the Lower Hunter, particularly around the Hunter River, the Wallace Creek and the Paterson River areas. Our farmers do a fantastic job in managing that water source in this area and I believe they should be allowed to manage that into the future,” said Kevin Anderson.

“The Department has to look at options of course,” 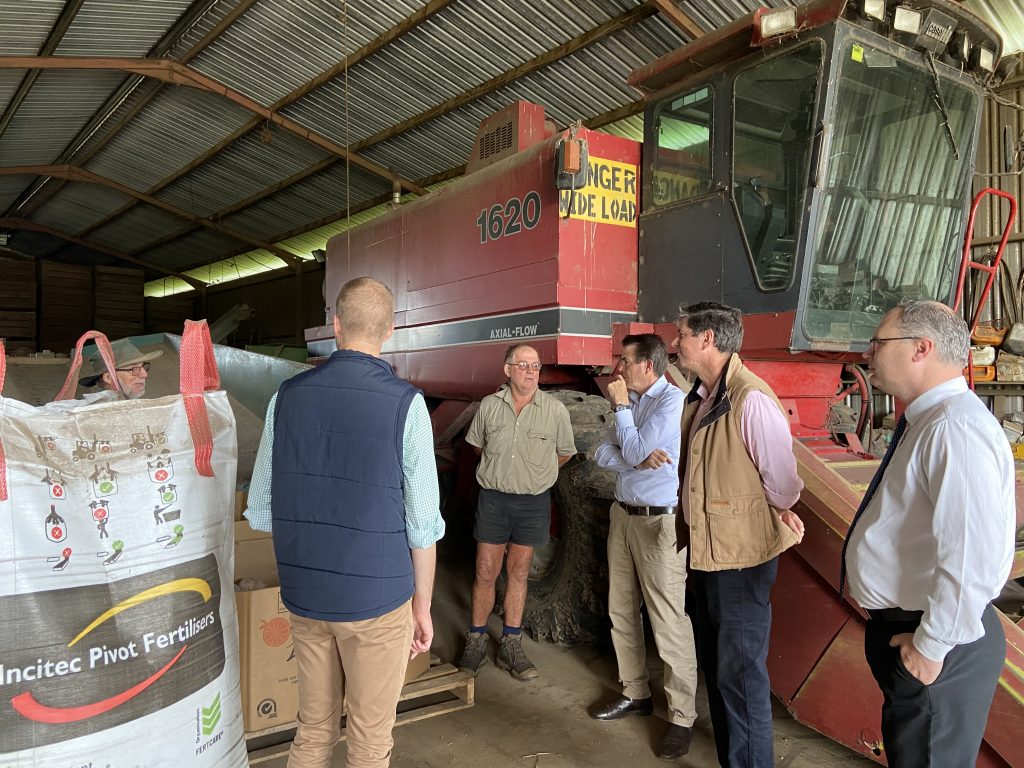 Stephen Osborn has been farming his whole life at Pitnacree and said he’s just so grateful.

“It gives us certainty to farm. We had no future if the cease to pump had gone ahead,”

“We couldn’t grow vegetables without the certainty of having irrigation.”

In the most recent drought, he said they managed quite well because they could irrigate when they needed to. If the cease to pump rules had been in place they wouldn’t have been able to.

Julia Wokes runs a commercial fern nursery at Paterson and was equally just as pleased with the announcement.

“With the proposed cease to pump it gave us no certainty in terms of the ability to be able to irrigate in dry times,”

Dave Layzell was against the rule from the start when it came to light in February, concerned if they got it wrong it would do serious damage to the agricultural industry in drier times.

“If we can’t bring the community along with us then everything we do becomes faulted at the start,” he said.

“We need to make sure the community knows what’s going on, that the decisions we make are on good data and you could clearly see that we hadn’t ticked all those boxes and that’s why I was so against this cease to pump provision because it really didn’t sit well with the community.”

Nationals candidate for the Hunter at the upcoming Federal election James Thomson agreed farmers don’t need a bureaucrat telling them how to farm.

“Farmers are the best conservationists, they know how to look after the land. They think generationally and we want to make sure agriculture grows in the Hunter and we expand the industry,” he said.