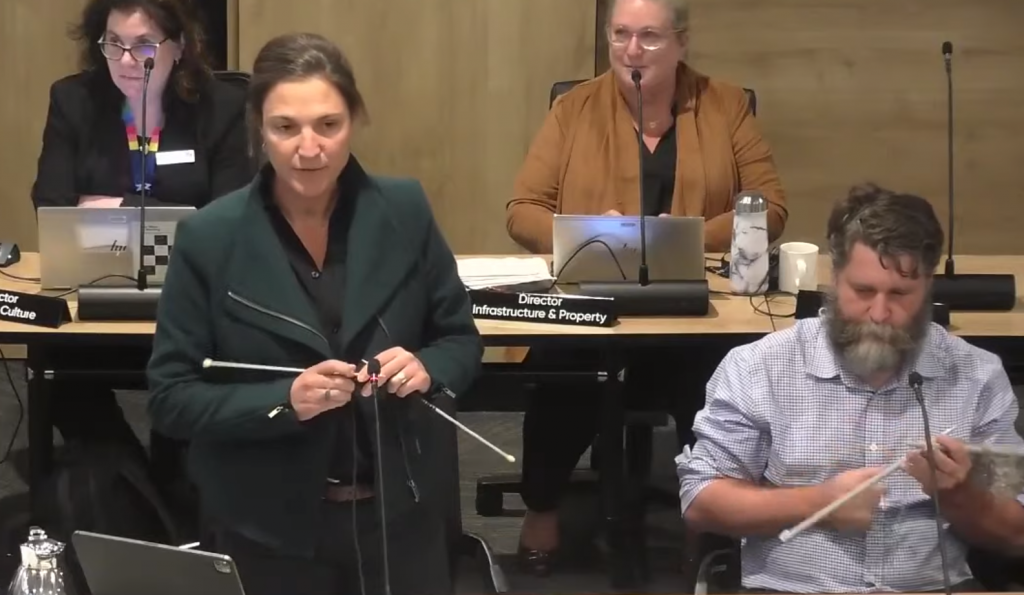 Newcastle’s two Greens councillors have taken a jab at a State Upper House MP who told them to them to stick to their knitting.

Parliamentary Secretary for the Hunter Taylor Martin made the comments in parliament last month in response to an unsuccessful motion from Liberal councillor Callum Pull, who tried to get support from the chamber for a future navy bade in the city.

“I make this point and I make this plea here tonight, particularly to representatives of local council wards across the City of Newcastle: stick to your knitting – roads, rates and rubbish,” Mr Martin said at the time.

Speaking on the move, Cr McCabe said she answers to her constituents not Mr Martin.

“What I will not abide, is him telling me or any other councillors, what we can and can’t discuss here in this chamber.

“We do not answer to him, we answer to the constituents that elected us. He clearly has no respect for local government and as someone who is elected himself, I would have thought he’d have much more respect for democracy,” Cr McCabe said.