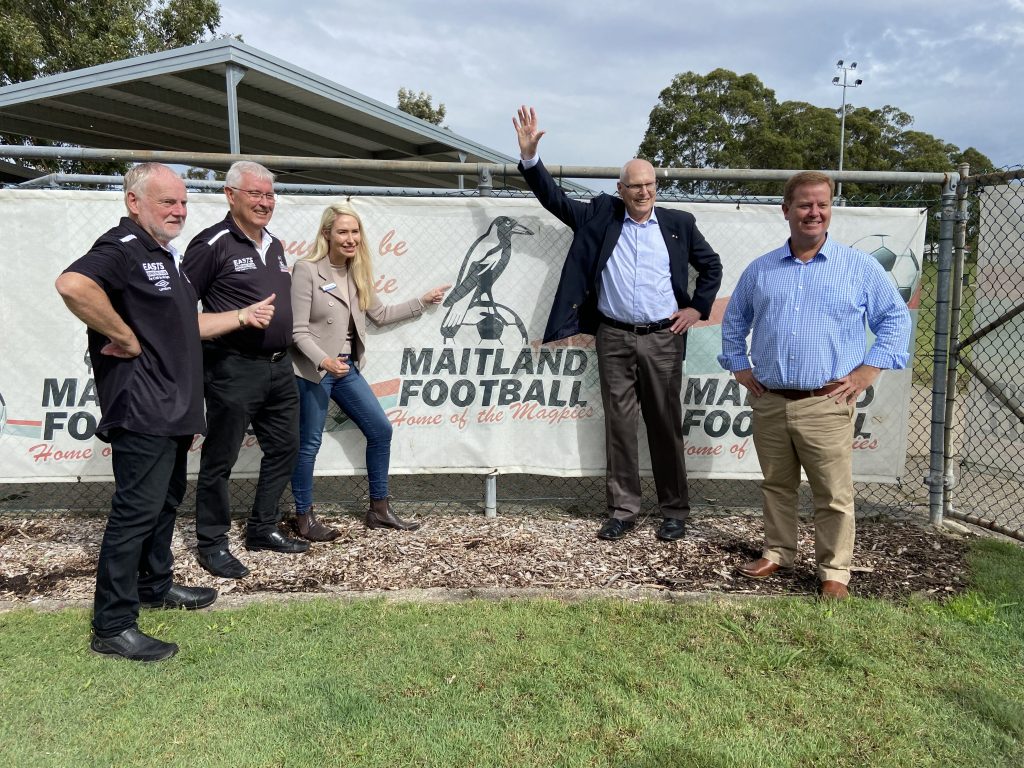 Both Labor and Liberal have now committed to $2 million to start upgrade works at Cooks Square Park at East Maitland.

The home of the Maitland Magpies Football Club is in desperate need of an upgrade.

The Club has drawn up a multi-million plan to expand the grounds and build a new amenities building, but stage one of their plan will be able to start thanks to the funding commitment this week.

“The field is a beautiful, world class facility but its currently being let down by the associated facilities and I could see how important this was to the club, to the community and to the region of Maitland.”

“Any organisation which the City of Maitland has supported to the extent that it has support to produce the quality ground that it has so more than 300 players are active in this club on a regular basis, not to mention the large number of families and others who come along to participate certainly deserve the support.”

Labor has committed to the funding as well so either way the upgrade will be able to start.

“We know that we’re living in a rapidly growing area and sporting facilities like the one behind me are desperately in need of an upgrade,” she said. 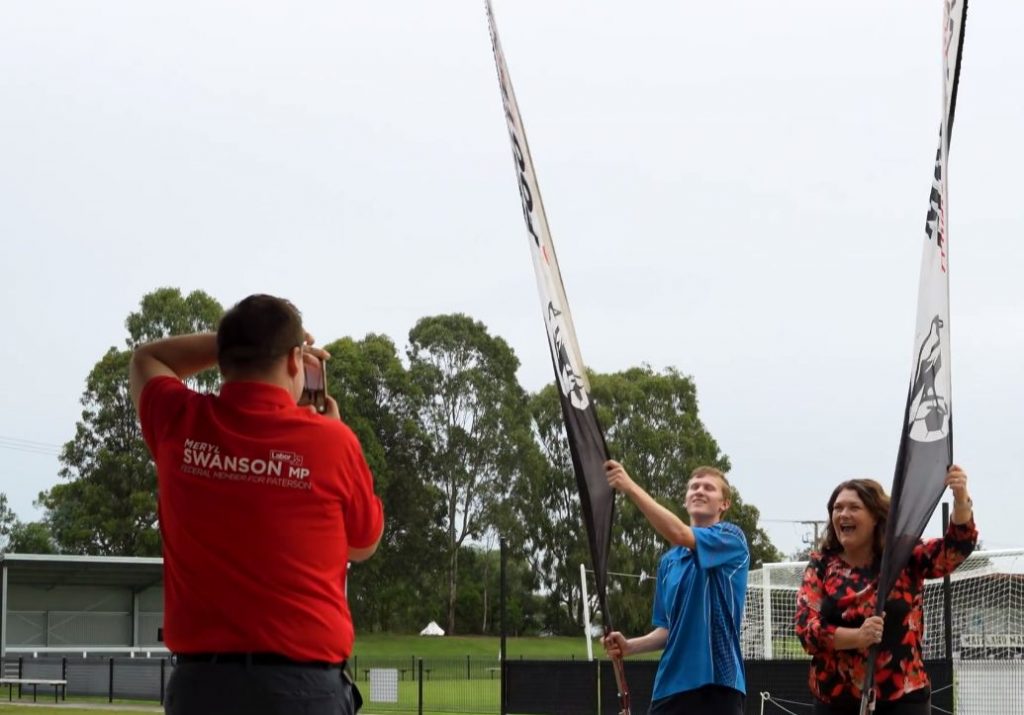 Ray Watkins, President of the Maitland Magpies couldn’t be happier.

“Members of this club have fought and argued for many years towards the development of the facility,” he said.

“One of our key targets is to be able to get the message out to all of the youth of Maitland City that they don’t need to travel into Newcastle to get the best facilities available.”

“Since we were promoted into the NPL in 2015 we’ve grown from a club of just three teams to up to now 24 teams. That’s as we’ve taken in the women’s component of football and grown at the JDL level.”

The first stage of planned works include expanding the training pitch which is currently a half field so that will double the playing space and the second stage will involve a two storey facility with female friendly facilities, a canteen, referee room and a reception area upstairs.

The Club did receive a $560,000 grant earlier this year to upgrade the current amenities to include better facilities for female players.

Brooke Vitnell and Jim Molan also announced $2 million for the Ferodale Oval District Sport Complex in Medowie which will go towards 2 full-sized AFL ovals, which is half the cost of the council-funded project.