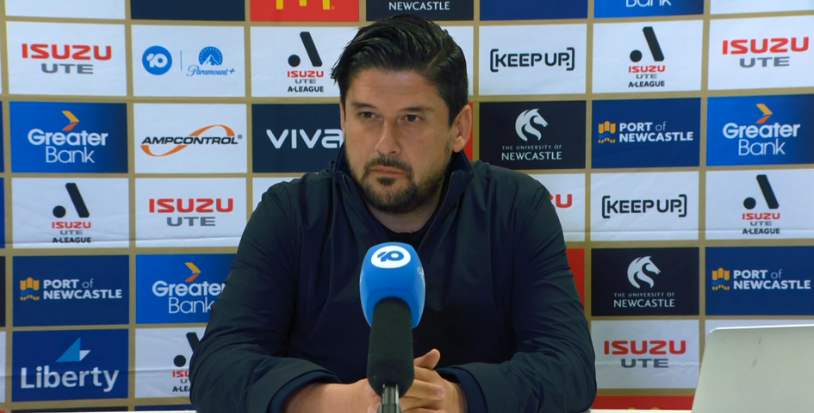 Newcastle Jets coach Arthur Papas has been given another year to deliver results, with the club extending his contract until the end of the 2023-24 season.

In his first ten months as coach, he stripped back and rebuilt the squad, instilling a more aggressive play style to boot.

While the Jets have missed out on a finals berth this season, Papas’ re’signing locks in certainty for the next 12 months, putting the focus squarely on improving.

Papas says he’s looking forward to getting on the with job.

“Ever since I’ve returned to Newcastle I’ve been made to feel welcomed by the Club and city.

“I am grateful to the board and Executive Chairman Shane Mattiske for their recognition of the hard work and dedication since joining.

“It is clear we have made progress over the past 10 months from our initial starting point and yet are well aware that there remains much room for growth. I’ve been clear since day one that I believe the Newcastle Jets have the potential to be one of the biggest clubs in the country and will keep working hard to achieve that.

“This contract extension hopefully provides the certainty required as we move forward together,” Mr Papas said.

Executive Chairman Shane Mattiske weighed in on the signing and says he is looking forward to what the stability will bring to the club.

“We’ve now got two seasons ahead of us and I think that is a really important part for the stability of the team and our fight to compete to be the best team in the competition.

“I think all of our fans will be really excited and proud to see him locked away,” Mr Mattiske said.