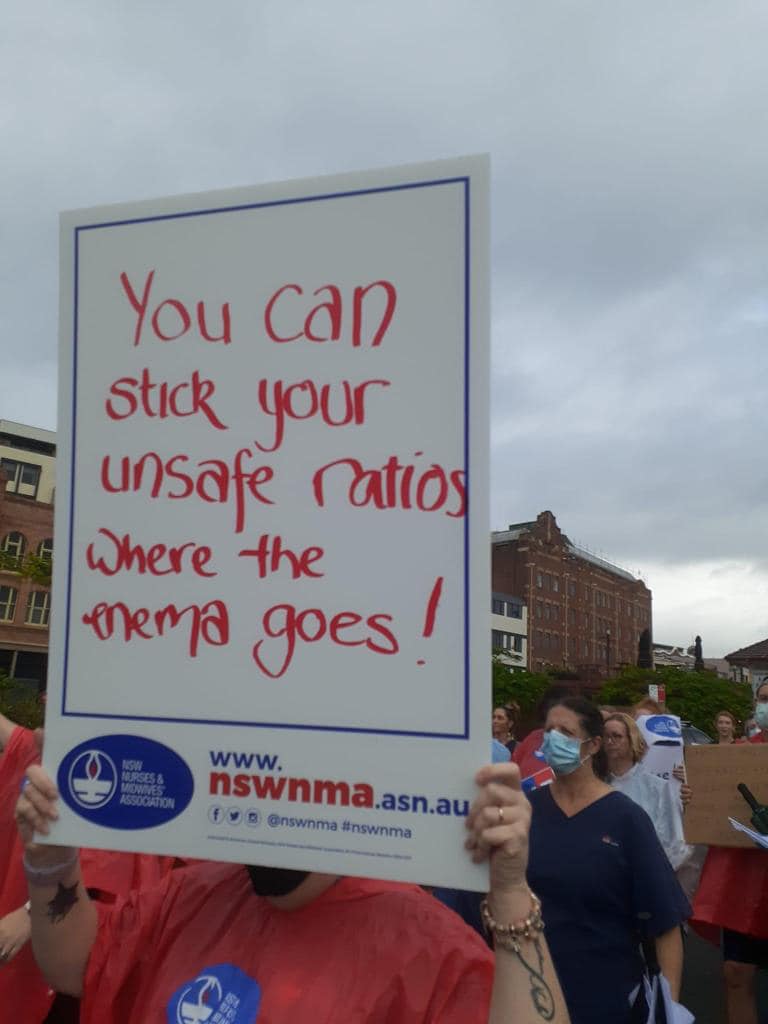 Nurses and midwives at the Hunter’s major public hospital are taking action today, fed up with being overworked and under-paid.

Changes to staffing ratios in maternity wards and a pay rise are the key demands from members of the local branch of the NSW Nurses and Midwives Association who are rallying outside the John Hunter Hospital.

Under the current ratios, midwives are caring for up to eight mothers at a time as well as their babies, with no extra staff dedicated to newborns.

John Hunter Branch Secretary of the NSWNMA, Rachel Hughes says after birth the needs of new mothers and their infants are not being taken into consideration when staffing shifts.

“These can be unwell babies and unwell mothers, there’s no extra staffing for that, and with babies not counted that is a ridiculous load to put on nurses and midwives.”

Overtime is also becoming a regular requirement according to Ms Hughes, who says it simply is not safe.

“Our midwives are currently very understaffed, they are being called on to do overtime regularly it is almost a daily occurrence,” she said.