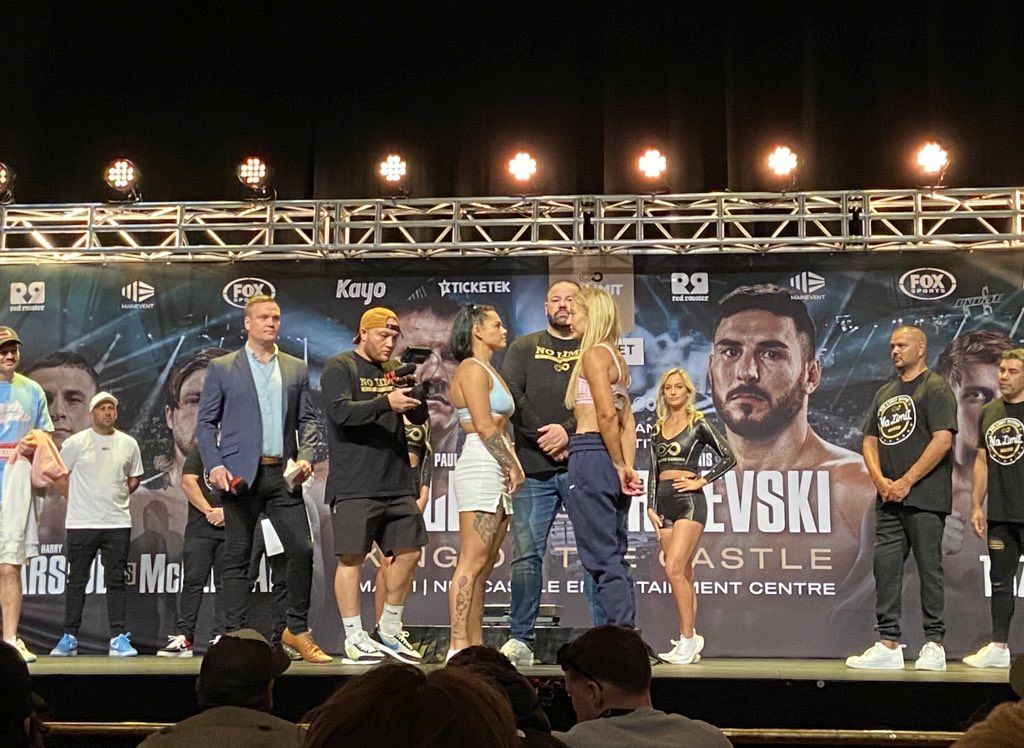 Gateshead boxer Amber Amelia “can’t wait” to fight in front of her hometown on the Paul Gallen-Kris Terzievski undercard tonight at the Newcastle Entertainment Centre.

The 24-year-old will be making her second professional appearance after winning her first professional fight early last year.

Amber said after her weigh in yesterday it’s great such a big fight night has come to Newcastle.

Amber will take on Sara Jalonen who she says she doesn’t know too much about.

“I met her a few times. I haven’t really watched her fights or anything but that’s the exciting part getting to figure them out in the first round.”

Amber believes her advantage will be that most of the time she only gets to spar with men so she’s made of pretty tough stuff.

“There’s not too many girls that I get to spar. But I’ve got a lot of boys in the gym and they’re all helping me and I’m happy to get with the guys because when I get in with the girls its an advantage for me,” she said. 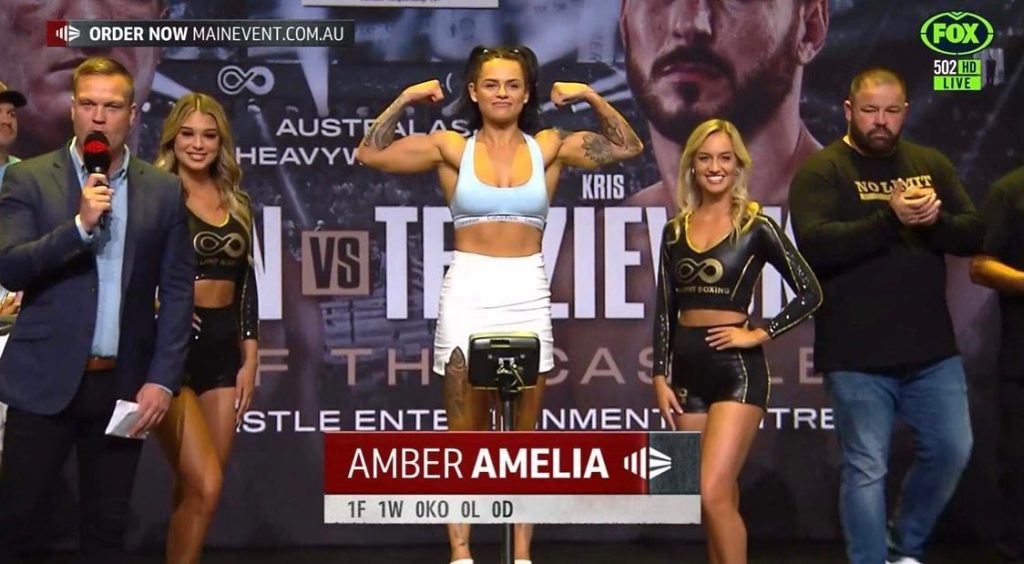 Amber’s fight is one of two female bouts on the undercard tonight. The other will see Linn Sandstrom take on Floryvic Montero.

“It’s great to see, even all the younger girls coming through,” said Amber.

“It helps their self esteem and it’s good to see now that women’s boxing is becoming equal to men, it’s not men more than women now.”

“I think there’s a lot more female role models in this sport now and that inspires young girls if they want to start something to start fighting and its just empowering seeing so many women in the sport now,” said Amber.

She added it’ll be an “entertaining fight for sure” so tune in.

amber ameliaNewcastleno limit boxingpaul gallen
Previous ArticleAlleged Wallsend supermarket assaulter charged with number of offencesNext ArticleNewcastle Basketball Stadium on the move, but not where they planned