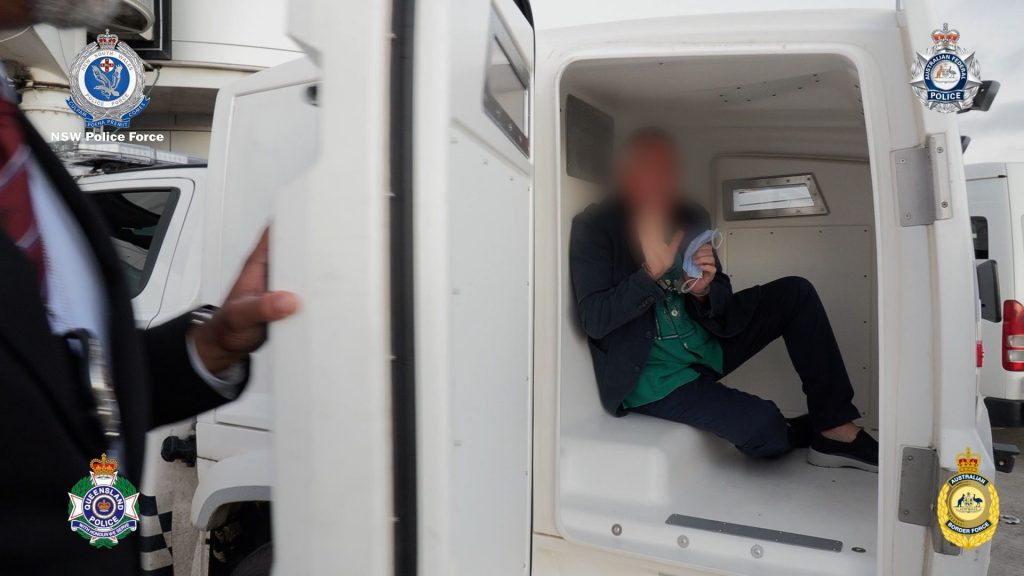 There was only a brief court appearance for a man who was allegedly involved in the importation of $20 million worth of cocaine in Newcastle.

62-year-old James Blee appeared via audio visual link at the Parramatta Local Court on Saturday morning after being extradited from Queensland where he was about to board a one-way flight to Singapore.

He was charged over his alleged role in the importation of cocaine; 54kg was found at the Port of Newcastle last Monday morning and is believed to be linked to a huge haul of cocaine found in Indonesia.

Strike Force Groove was established by Organised Crime Squad detectives after the cocaine find as well as the discovery of the body of a diver near the illicit haul.

Blee’s lawyers didn’t make any application for bail and was formally refused it. His case was adjourned for Friday at the Central Local Court.