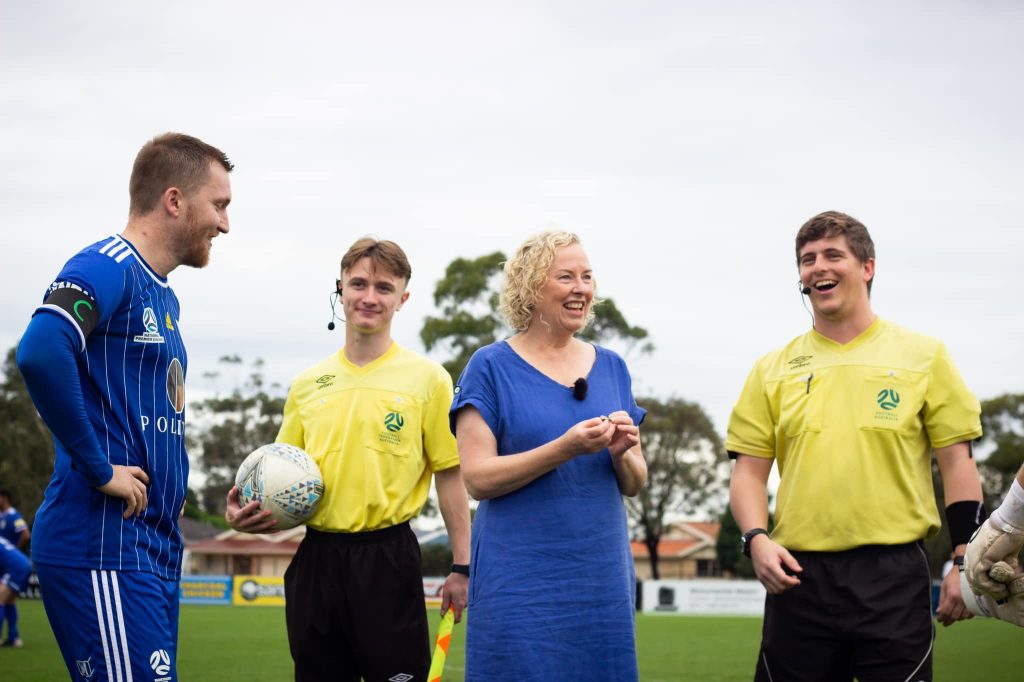 With just five days to go until the Federal Election campaign is over, election promises are still rolling into the Hunter.

Labor has announced they’ll spend $625,000 on a new grandstand and facility upgrades at the Newcastle Olympic Football Club at Darling Street Oval in Hamilton.

Newcastle MP and candidate Sharon Claydon said the current facilities are outdated and a real barrier to growth – especially for girls and women wanting to play sport.

“This is a major investment in our local sporting clubs, a fight I have taken up alongside the community for so long,” she said.

“I look forward to rolling up my sleeves and working alongside locals and local government to deliver an amazing facility for a sporting community that has long needed this type of investment.”

Labor would partner with Newcastle Olympic and the City of Newcastle to deliver the modern, accessible facilities to meet the future demand of the community.

George Sofianos, President of Newcastle Olympic FC said the upgrades are vital for their future.

“Over the past few years, we have seen major developments in the growth of our club, and this announcement is vital for the future prosperity of Olympic.”

“Sharon Claydon MP has been such a strong advocate for this project. I know that after the election she will get straight to work to help get this project off the ground,” he said.