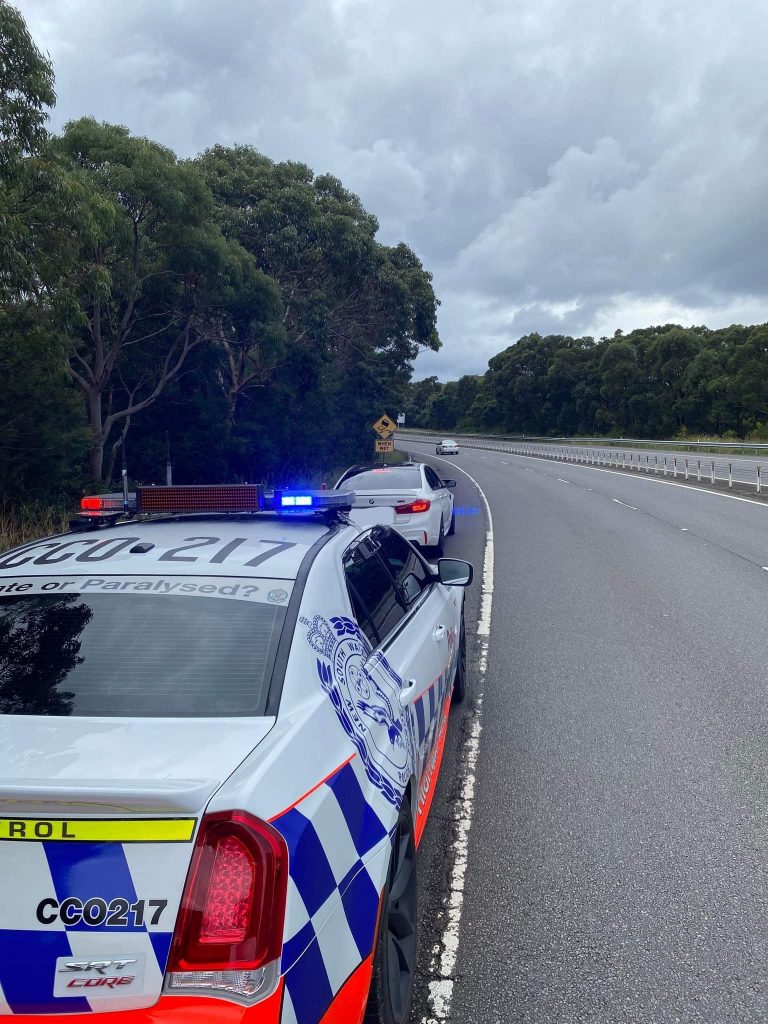 Two men have been caught speeding on the Pacific Highway on their way to Newcastle to sell the car they were in.

Traffic and Highway Patrol were performing speed enforcement as a part of Operation Furious on the Pacific Highway at Crangan Bay at about 1pm on Saturday when they detected a BMW M5 sedan travelling north at speed.

The car was detected travelling 168 km/hr.

Police pulled the car over and spoke to the 33-year-old driver and the passenger. The passenger was the owner of the car who told police they were on their way to a car dealership in Newcastle to trade the vehicle in for a new one and his friend just wanted a drive before it was traded in.

The driver from Sydney was issued a penalty notice for Exceeding the speed limit by more than 45km/hr and had his licence immediately suspended for a period of 6 months.

As the registered owner was not driving, sanctions on the vehicle were not able to be imposed.