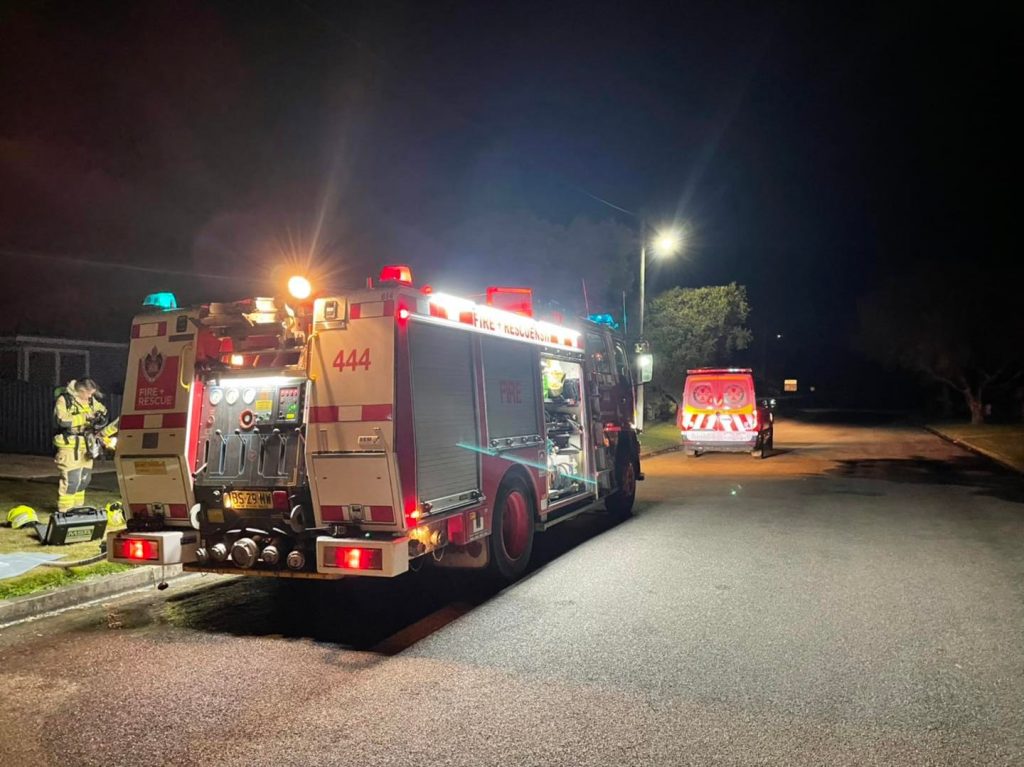 Emergency services have responded to a house fire at Singleton overnight.

Two Fire and Rescue crews from Singleton and Branxton, Ambulance and Police were called to the property to reports of the blaze.

When they arrived they found the occupants had extinguished the fire themselves in the back room of the home.

Fire crews used Breathing Apparatus, a line of hose and a thermal imaging camera to search for hotspots, which often lead to re-ignition.

Upon inspection, the back room suffered significant damage and smoke had filled the rest of the home.

Paramedics remained onsite to examine the occupants and firefighters for smoke inhalation.