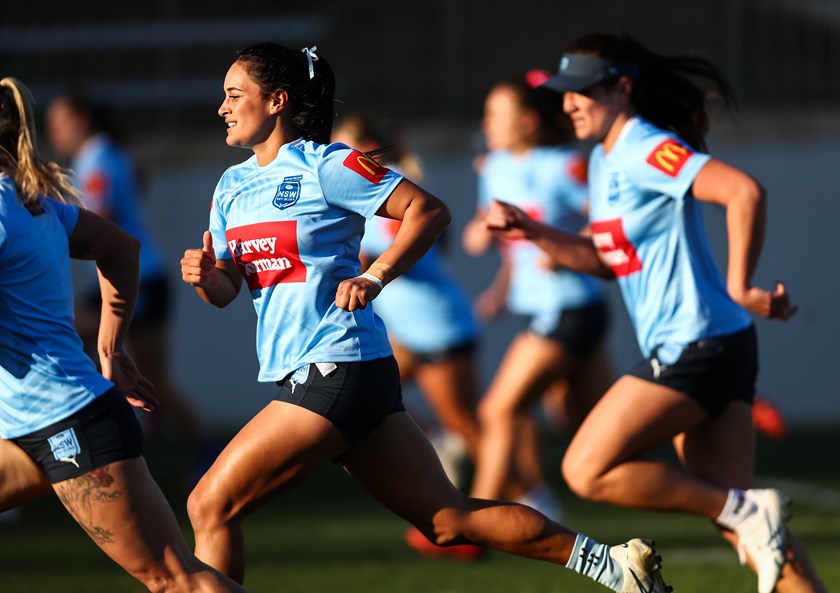 The Sky Blues take on Queensland tonight at GIO Stadium hoping to reclaim the shield after the Maroons won it the last two years.

Yasmin Clydsdale lives in Scone in the Upper Hunter and last NRLW season was on the Premiership winning Roosters team.

She’s playing wing tonight and said the girls are confident they can beat the Queenslanders.

“Yes I’m very confident! I feel like I’m always confident every year, but its been a tough two years with both games going down to the wire but I really think this is our turn to win this year,” she said.

“A lot of our squad is made up of the Roosters and Dragons girls so we’ve both had that taste of that final feeling so I think we’re all mentally ready for the Origin.”

Yasmin said it was a tough decision to leave the Roosters, but when the local side came knocking she couldn’t say no.

“It was a bit of a tough decision to leave the Roosters after winning the 2021 season but with myself living in Scone traveling to Sydney three times a week was getting a little bit tiresome so I’m super excited for the new challenge and the new team this year.”