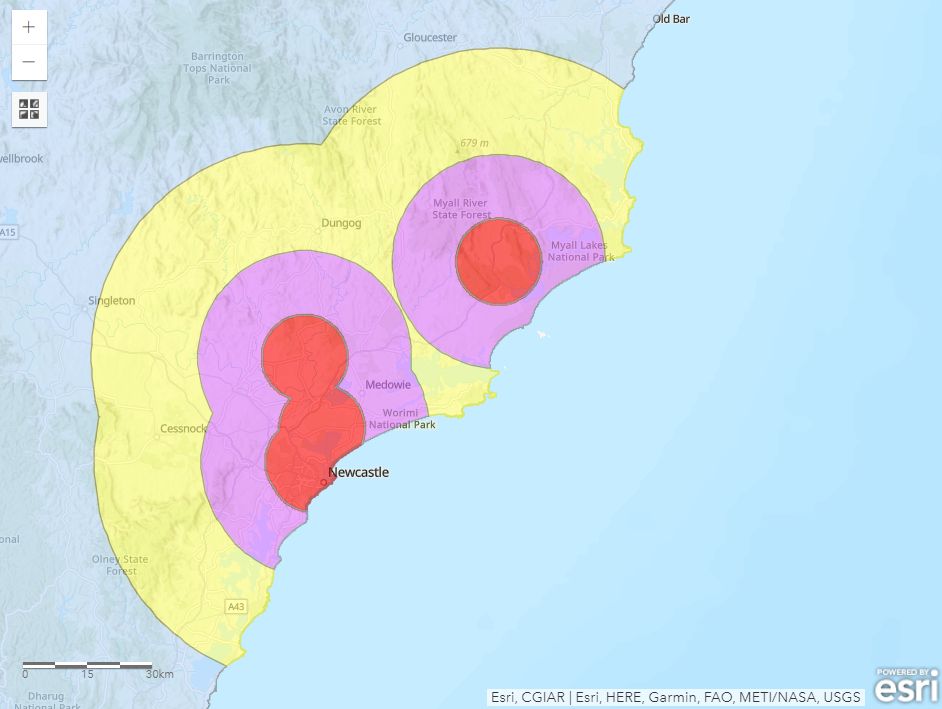 The bee eradication zone in Newcastle has been widened after more varroa mite were detected in the Hunter.

The NSW Department of Primary Industries (DPI) initially announced a 10-kilometre eradication zone from the Port of Newcastle where the mite was found last week as well as a property at Mayfield.

A state-wide emergency order was put in place which prohibits the movement of bees or hives and beekeepers can’t touch their bees unless they’re checking for the presence of varroa mite.

There have been further discoveries of the mite at Newcastle, Seaham and Bulahdelah on the Mid North Coast this week. A total of seven infested premises have now been discovered through contact tracing, including the initial detection at sentinel hives near the Port of Newcastle.

Now a second eradication zone has been established around Seaham and Bulahdelah.

The red represents the 10km eradication zones where hives will be euthanised.

The purple shows the 25km surveillance zones, where officials are monitoring and inspecting managed and feral honey bees to limit the extent of these incursions.

And the yellow represents the 50km biosecurity zones and beekeepers within that area must notify the NSW Department of Primary Industries of the locations of their hives. 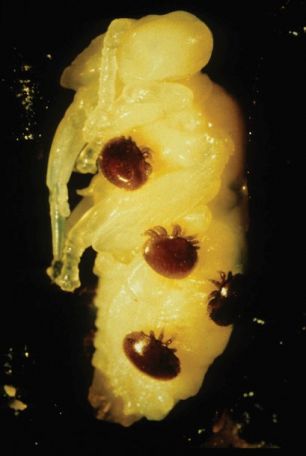 Minister for Agriculture Dugald Saunders says the move accounts for an infested premises, which is located outside the existing zones.

“I want to be clear that the expansion of the biosecurity zones is no cause for alarm, but actually shows the surveillance system is doing its job to stay on top of where this parasite is hiding,” Dugald Saunders said.

“I would like to encourage all beekeepers, both commercial and recreational, within the new or original impacted areas to please come forward for the good of the industry.”

“We know the devastating impacts varroa mite will have on our honey supplies and pollination across the state, if this threat is not stopped.”

“The best path forward is to report the locations of potentially impacted hives to aid our response, so we have all the information we need to deal with this as swiftly as possible.”

DPI is working closely with industry and will hold a briefing with them on what the eradication process will look like. These next steps will be finalised in the coming days.

If you have bee hives located within the 50km biosecurity zone please call 1800 084 881, complete the form on this website: https://forms.bfs.dpi.nsw.gov.au/forms/9247 or email hive.location@emergency.dpi.nsw.gov.au.