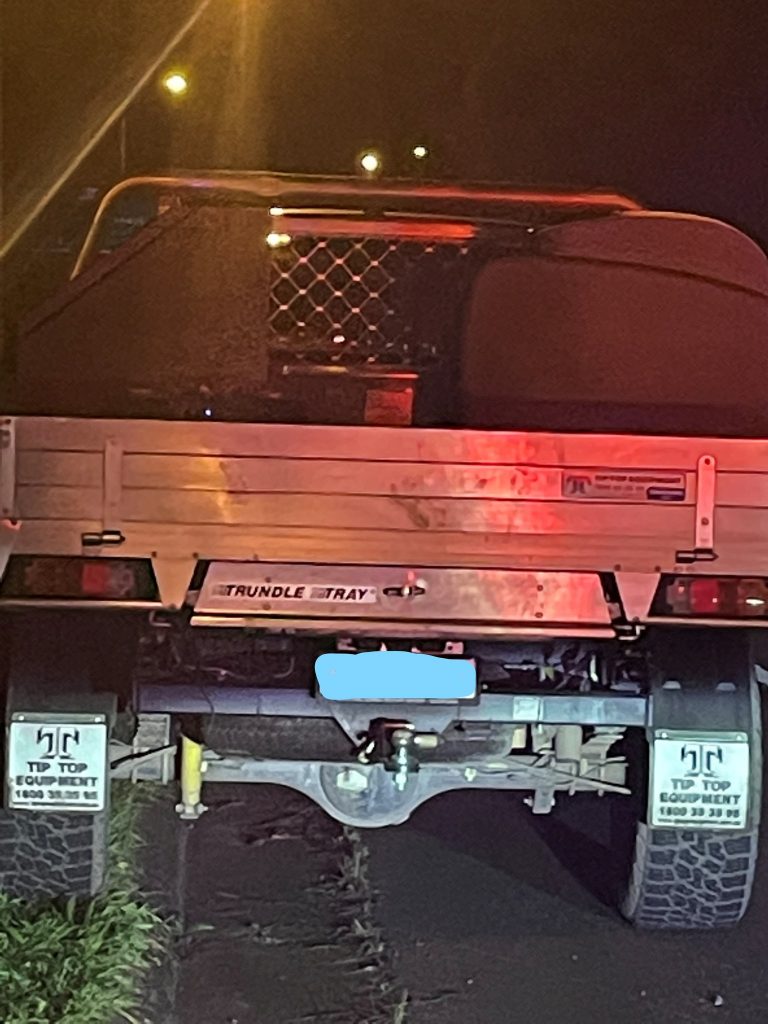 A man is facing a triple-whammy of charges after police allegedly caught him travelling more than 90km over the speed limit while unlicensed and intoxicated at Kotara.

At about 8:30pm on Wednesday June 29, the 27-year-old was spotted behind the wheel of a white Mazda utility going 180kph in a 90 zone down the Newcastle Inner City Bypass by Hunter Valley Highway Patrol.

When police pulled the ute over, the driver admitted he did not have his license, telling officers, “No I don’t have it brother”.

Checks revealed his Green P’s had been cancelled following a period of disqualification.

It was then that the officers say they noticed the smell of alcohol and subjected the driver to a breath test which came back positive.

A further analysis returned a mid-range result of of 0.122 grams of alcohol in 210 litres of breath.

The 27-year-old’s driving privileges were suspended and he was issued with Field Court Attendance Notice to attend Belmont Local Court for the offences of Exceed speed over 45Km/h, drive whilst licence cancelled – 2nd offence and Drive with middle range PCA – 2nd offence.