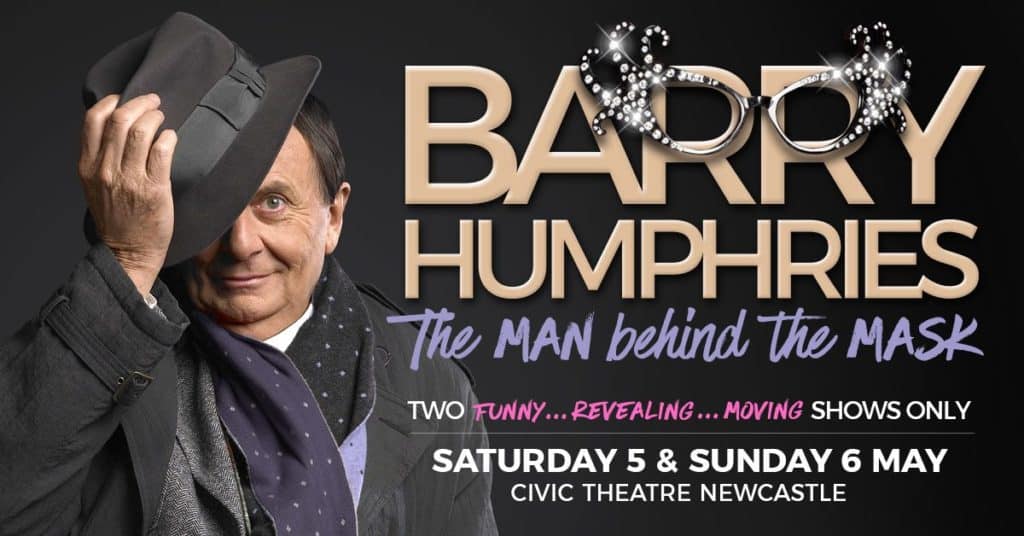 The Man Behind the Mask

Celebrated Australian performer Barry Humphries AO, CBE will take Australian audiences on a revealing, FUNNY and moving trip through his colourful life and theatrical career when he tours Australia in May & June 2018 with Barry Humphries: The Man Behind the Mask.

Now, he spins the mirror around, exposing his own highs and lows, the good times and the not so good.

Tickets on sale now at ticketek.com.au

“This is a show in which I am the principal character; it’s not Les, it’s not Edna, it’s not Sandy Stone. It is really about this character called ‘me’. I’m not in disguise,” Humphries says.

“It is the story of my generation, it is a story of a life spent in the theatre and a life spent in comedy, and it will show what it is like to be a clown. In a way, this is perhaps the bravest thing I’ve ever done and I hope the most entertaining. I think people might be agreeably shocked and they certainly will learn much they didn’t know.”

“Audio-visual technology has made dramatic strides in my life and it’s now possible for me to be on stage with one of my own characters. They may intrude. I might be interrupted,” he hints. “I might even be upstaged!”

“I’m rather proud of what I’ve done in my career. It’s constantly surprising, it’s very stimulating and it’s wonderful to look back on, and to look forward to. It’s still going strong, and with a vengeance.”

“I’m enjoying myself on stage more than ever, thanks to my dear friend, the Australian Audience.”