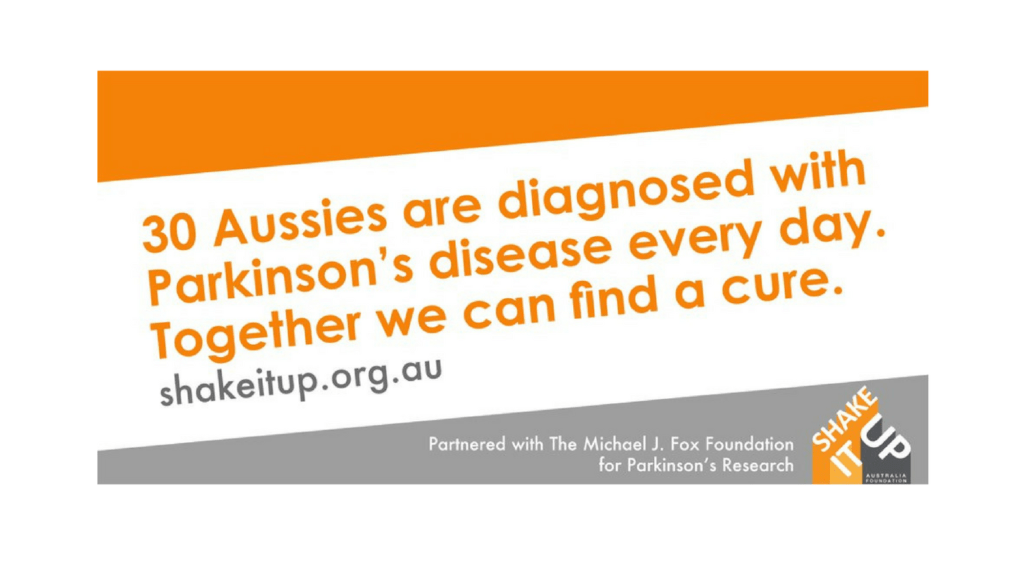 This World Parkinson’s Day, Shake It Up Foundation encourages people to stop, pause and direct their focus on Parkinson’s, acomplex neurodegenerative
disease that impacts more than 80,000 Australians. One Australian is diagnosed with Parkinson’s every 45 minutes and twenty
percent of those are under 50.
Parkinson’s affects people both physicallyand mentally, risking the ability to both think clearlyand move steadily. With no known cause or
cure, Parkinson’s disease can arrive in an instant and at any time.
Despite the total financial cost to the economy being 1.1 billion, government funding for Parkinson’s disease has been minimal and is still not
a health priorityarea. Funding from private foundations such as Shake It Up are paramount to ensure research and awareness continue into
this devastating disease.
The Pause 4 Parkinson’s initiative aims to raise awareness of the disease and generate the vital funds for research into treatments that may
slow or stop the progression and ultimately help find acure for Parkinson’s.
Shake It Up relies heavily on the incredible support and fundraisingefforts that take place during the Pause 4 Parkinson’s initiative. On World
Parkinson’s Day (11th April), Australians are encouraged to donate or host afundraisingevent. For more information and to get involved visit
shakeitup.org.au/pause4parkinsons.