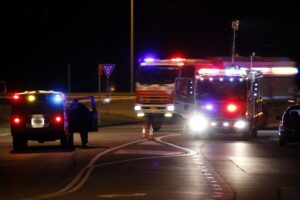 Police are now investigating a fatal crash at Rutherford overnight.

Emergency services were called to Anambah Road near the New England Highway just before midnight, after a vehicle left the road and crashed.

Upon arrival, they found the vehicle well alight so fire and rescue crews were called in to douse the flames.

The driver and sole occupant of the vehicle tragically died at the scene.

They’re yet to be formally identified.

A crime scene has now been established and police are looking into the circumstances surrounding the crash.