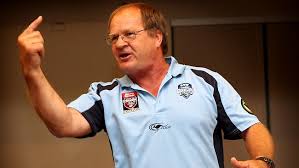 Richard King spoke with Blues Legend Tommy Raudonikis – famously known for the ‘CATTLEDOG’ he was the first NSW State of origin captain in 1980 he also coached the blues in 1997 & 98. He has recently joined the Channel 9 Footy Show, making regular guest appearances.

We get his thoughts on State of Origin Game 1 at Suncorp Stadium,