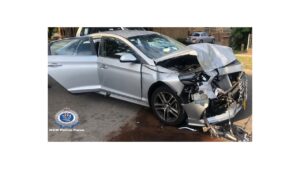 Investigations are underway after a police vehicle was rammed in Windale yesterday.

Two plain clothed officers in an unmarked vehicle pulled over a white Nissan Patrol on Lake Road around 5pm, however the four-wheel-drive reportedly reversed into the police car and fled the scene.

The Patrol stopped for officers again on Belar Avenue and allegedly reversed into the police vehicle again, this time causing significant damage.

The 4WD reportedly drove away again.

The two officers have been taken to the John Hunter Hospital for treatment of minor injuries.

Meantime detectives have raided a property at Belmont North and seized a Nissan Patrol.

Anyone with further information is urged to contact Lake Macquarie Police or Crime Stoppers on 1800 333 000.