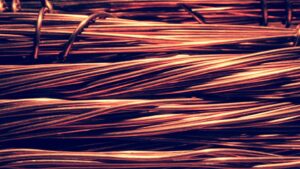 Two men have been charged after they allegedly attempted to steal copper cables from Tomago last night.

Police were called to the Tomago Aluminium Plant just after 6pm after trespassers were reportedly spotted in a shed on the property.

Officers surrounded the area and found two men who were allegedly cutting and stripping the cables.

One man reportedly tried to flee into bushland but was caught by officers shortly after.

The other man was found hiding in the shed by the dog squad.

They’ve both been refused bail and will front Raymond Terrace Local Court today.

Police allege the pair was attempting to steal around $10,000 worth of the electrical cable.

Inspector Dan Skelly says not only does this type of crime cause loss for the business, it’s also dangerous for the alleged thieves.

“The cables may be energised, and in the past, deaths have been attributed to copper theft when live cables have been cut,” he says.