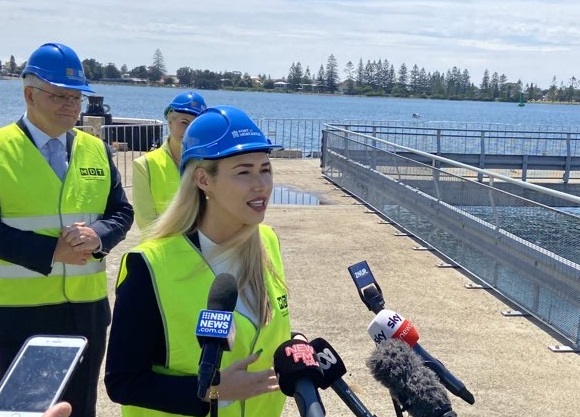 The Hunter Region could become a nuclear submarine construction and maintenance hub under a push from within the Prime Minister’s own party.

Candidate for the federal seat of Paterson, Brooke Vitnell says she will be writing to Minister for Defence Industry, Melissa Price, requesting that the region be considered in the awarding of contracts involved with Australia’s eight nuclear submarines as part of the AUKUS deal.

Prime Minister Scott Morrison announced the AUKUS pact with the United States and United Kingdom, which would see our naval feet boosted by the vessels using closely guarded US technology.

Ms Vitnell says the region has the capacity and skills to take on the project.

“We have a proud ship building history, the skills and the workforce. We have great strategic military importance here with the RAAF base at Williamtown and the Lone Pine Barracks at Singleton.

“People across the Hunter would love to see us build parts, build modules, build components.

“I just won’t sit back and let these jobs and opportunities pass us by,” Ms Vitnell said.