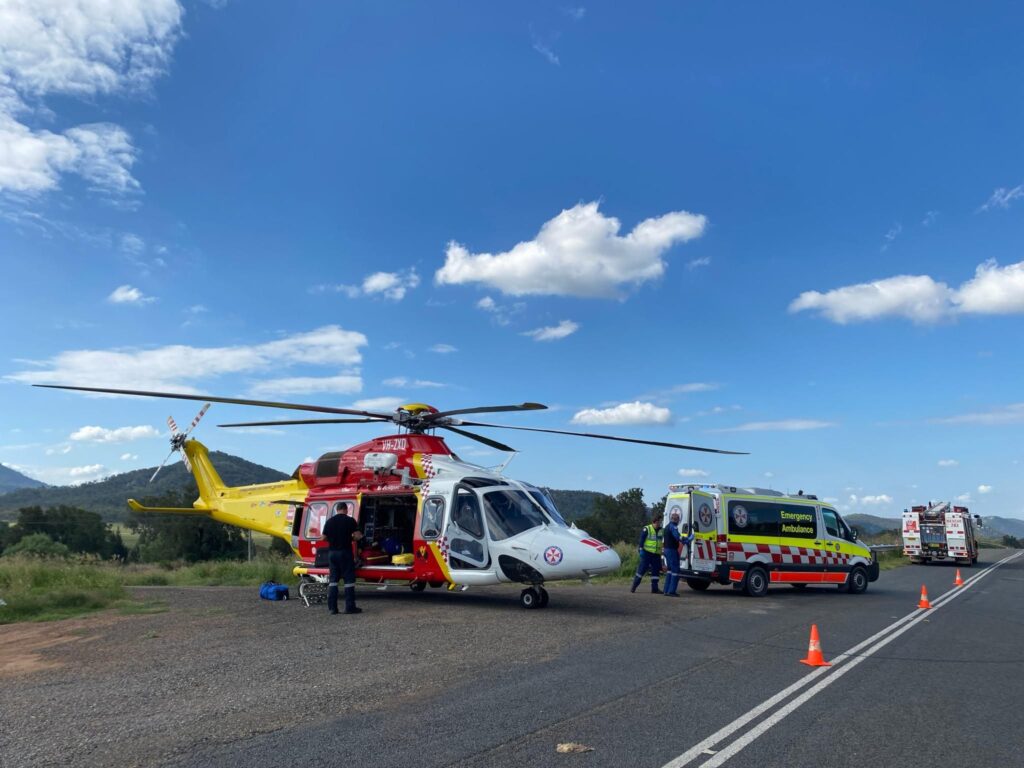 A man is in a stable condition in a Newcastle hospital after a motorcycle crash at Sandy Hollow.

The Westpac Rescue Helicopter was tasked by NSW Ambulance paramedics at about 4:20pm yesterday to a motorcycle accident on the Golden Highway near Muswellbrook.

A 60-year-old man sustained suspected spinal injuries in the accident.

The patient was treated on scene with NSW Police Force officers and Fire and Rescue NSW on scene to assist as well.

The man was airlifted to the John Hunter Hospital for treatment.

He was last reported to be in a stable condition.