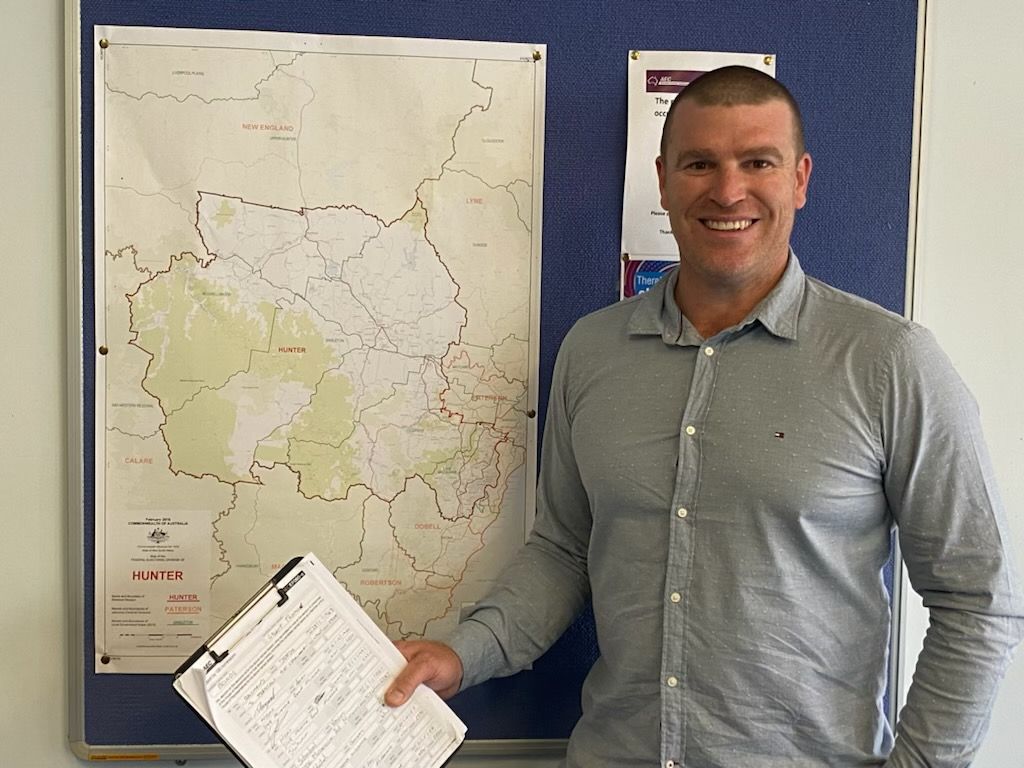 Stuart Bonds believes “dirty politics” are already at play in the Hunter ahead of the Federal Election in May after he was legally locked out of his public Facebook account.

The former One Nation candidate is running as an Independent after officially submitting the paperwork yesterday.

In 2019 Stuart Bonds ran with Pauline Hanson’s party but was sensationally dropped after differing opinions on industrial relations amendments on casual employment. He backed the Shooters, Fishers and Farmers Party at the Upper Hunter by-election last year, but has decided to run as an Independent.

Last Federal election he came in third to Labor’s Joel Fitzgibbon who retained the seat.

“My best guess is that one of my political rivals or colleagues, depending on how you want to look at it, has made a legal complaint to Facebook and my page has been permanently banned so I’m locked out of the town square and I’m prevented from accessing the same people that they are which has put me at a huge disadvantage from the get go,” he said.

“There’s no recourse, so if you get a legal ban there’s no board that you can go to, it is what it is and you’re locked out of that social media medium.”

“I think it is dirty politics and if you’re not going to fight a fair fight, the Australian people are going to judge you extremely harshly. People don’t like cheats and to me this is just a dirty tactic because of the good result we got last time,”

“It calls into question are we really selecting our leaders or are our leaders selected for us before we even get to cast our votes,” said Stuart Bonds.

Stuart Bonds proved to be quite popular last Federal Election, so he’s feeling confident this time around.

“The people of the Hunter need a voice down there in parliament and I think that can be best delivered by an Independent voice that is unrestricted and not afraid to cross the floor,”

“I think the only reason that they [Labor] held on to the seat was because of Joel’s influence in 2019 but this time around obviously he’s not there and I think Dan’s got a better than average chance again because the coalition is folding to this net zero nonsense.”