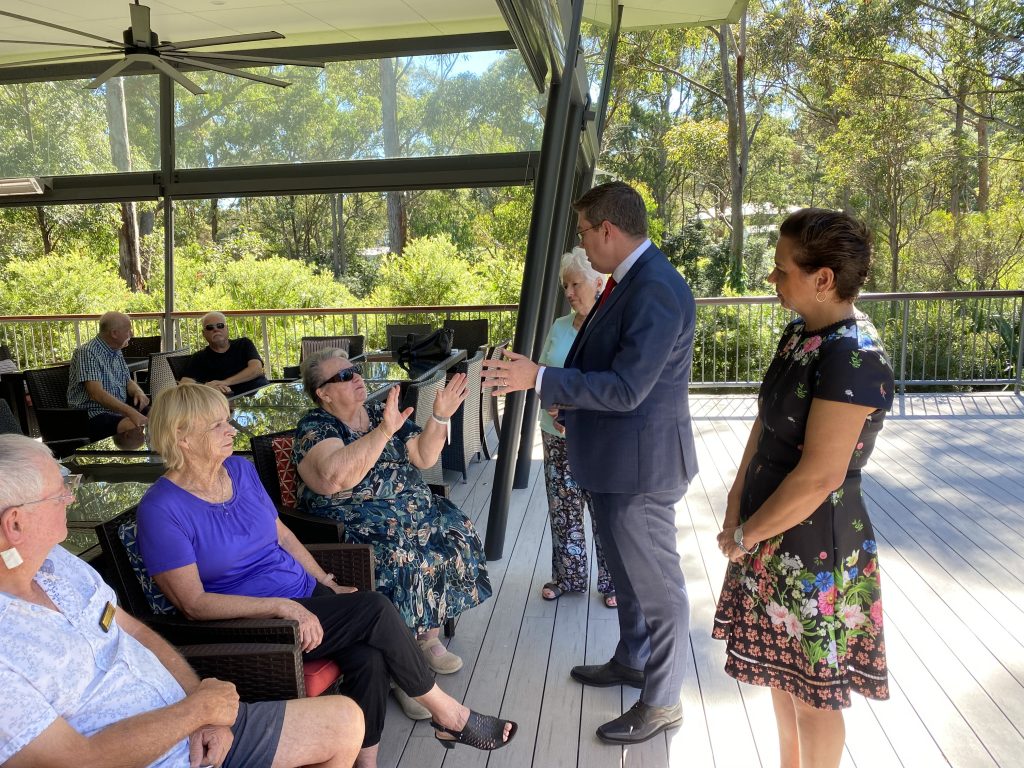 Local politicians are back on the beat today, in campaign mode after the Easter long weekend.

The area along with Jewells and Redhead are notorious for patchy and unreliable coverage, forcing some to resort to extreme measures just to get a signal.

Stephen, who is a resident of the village says he has to go out the front of his home to get any mobile reception.

“If I go into my study or bedrooms there is just no reception at all.

“The ladies who are opposite us , they have to go out onto the road to use their mobile phones as well as the people behind us.

“It’s not a very satisfactory situation and I raised this issue at the residents meeting a couple of months ago,” Stephen said.

Under Labor’s plan $2.25 million would go towards improving mobile coverage in the region, in conjunction with telecommunication companies.

Shadow Minister for Communications Michelle Rowland says the Australian Communications and Media Authority would be tasked with conducting a field study to identify optimal locations for up to three digital TV towers.

“There has been a series of problematic issues relating to the coverage of free-to-air television particularly since the switch over from analogue to digital and in some areas this has meant there has been patchy broadcast quality.

“A lot of people have spent significant money buying antennas, other equipment and getting specialist services in to try and improve their signal and often to no avail.

“It isn’t a nice thing to have just to be able to use your mobile phone or to be able to enjoy free-to-air television. It’s absolutely essential in our society,” Ms Rowland said.