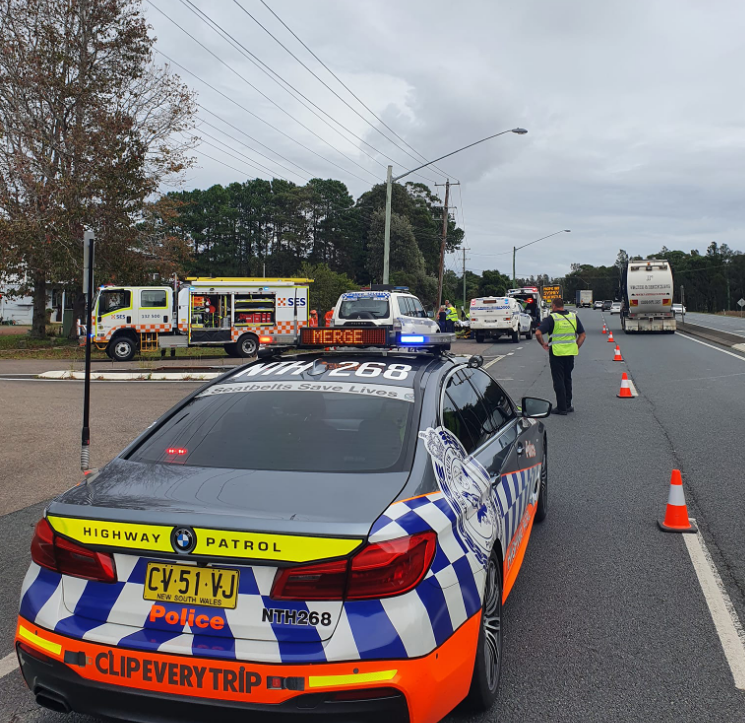 A man has been rushed to hospital after a motor vehicle accident at Salt Ash this morning.

Emergency services were called to Nelson Bay Road near Richardson Road at 9:50am to reports of a serious single vehicle accident.

When they arrived they found a car had collided with a pole.

NSW Ambulance have confirmed the driver, a 65-year-old man suffered lacerations and a broken leg and was transported to the John Hunter Hospital in a serious but stable condition.

In the hours following the collision, Police had closed one westbound lane to traffic, which caused a bit of a delay for motorists.

It’s now all been cleared.