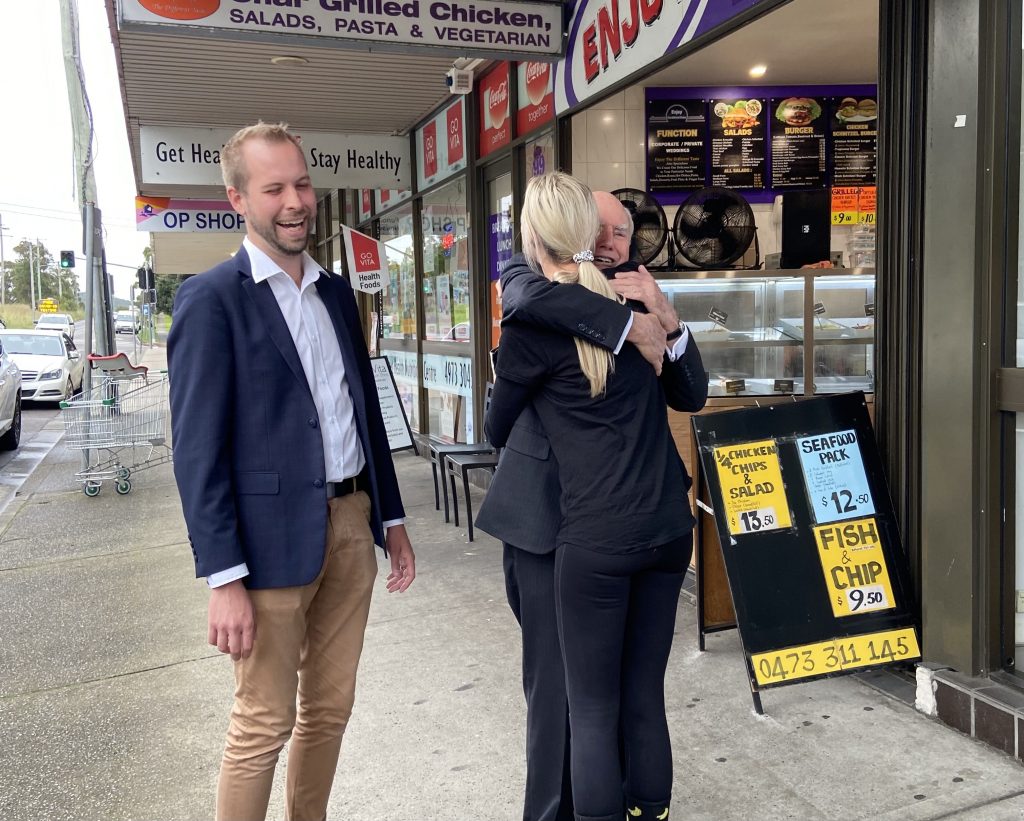 Some locals were left starstruck yesterday afternoon when former Prime Minister John Howard turned up to to walk the streets of Morisset on the campaign trail.

The now 82-year-old held government for just over 10 years as Leader of the Liberal Party.

John Howard said the reception in the Hunter has been quite positive ahead of what will be a very tight election.

“It’s a very tight election and anybody who thinks otherwise doesn’t know much about politics.”

“It’s an electorate [Hunter] that likes to grow on its local members. Joel [Fitzgibbon] was a good bloke, I don’t mind saying across the party divide we got on well, you could always have a private conversation with him and keep it confident and I think James is the type of fellow who can occupy that position because he’s listening to people, I’ve been through shopping centres with a lot of candidates who don’t know how to listen and he does which is very important,” he said.

“I don’t think there’ll be across the board change, there are some parts of the Hunter that are dyed in the wool Labor and that’s their tradition but I think the Hunter electorate has always been different if you look at its composition,”

“I think they [constituents] no longer think the Labor Party is the party of the worker, they think its been taken over by inner city trendies,” said Mr Howard.

“The Labor Party has this identity crisis and its best demonstrated on climate change.” 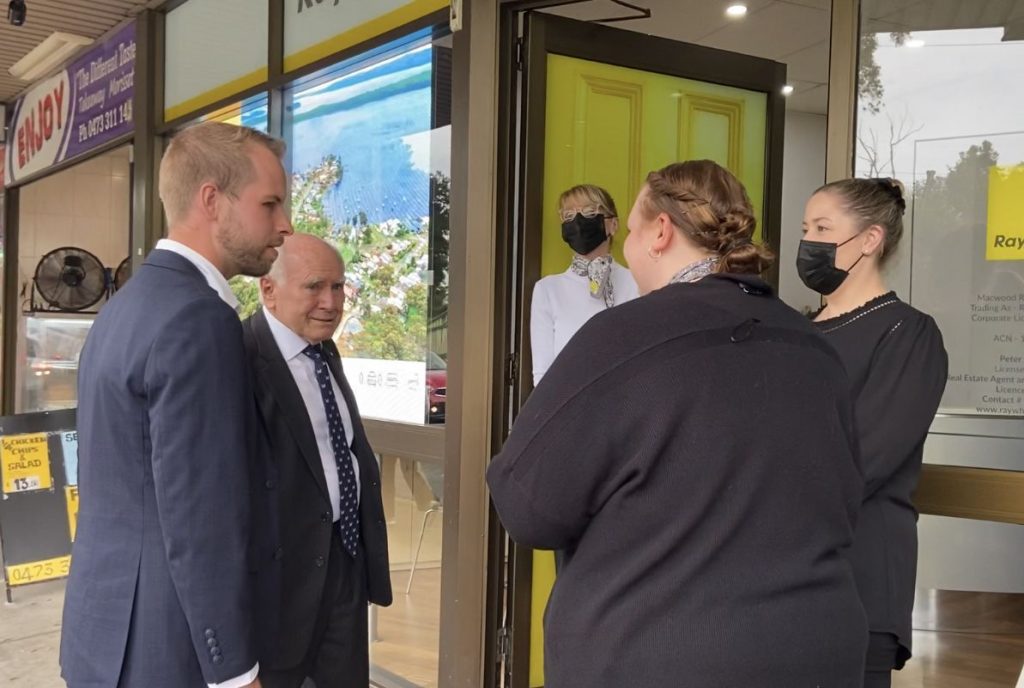 Mr Howard commented on some of the policies which the Liberal Party has championed of late.

There is a growing movement of voters venting their frustration with the major parties and voting for an Independent or a minor party to send a message, but Mr Howard said people are wasting their vote.

“If your purpose in not voting, and I’ll speak for the Liberal and National Party, I’ll leave other people to speak for the Labor party I’m not qualified to do so, but if you are wanting to vote for an Interdependent to send a message of rebuke if you like to the Liberal or National party but still keep them in government, forget it because if too many people do that they get kicked out of government and you end up with a Labor government,” he said.

James Thomson said there’s really no one better to campaign with.

“He’s a real statesman and I remember looking up to him when he was prime minister as a man of integrity and somebody who had a vision for our nation and I think there’s not better person to look up to when you’re aspiring to serve people here in the Hunter region.”