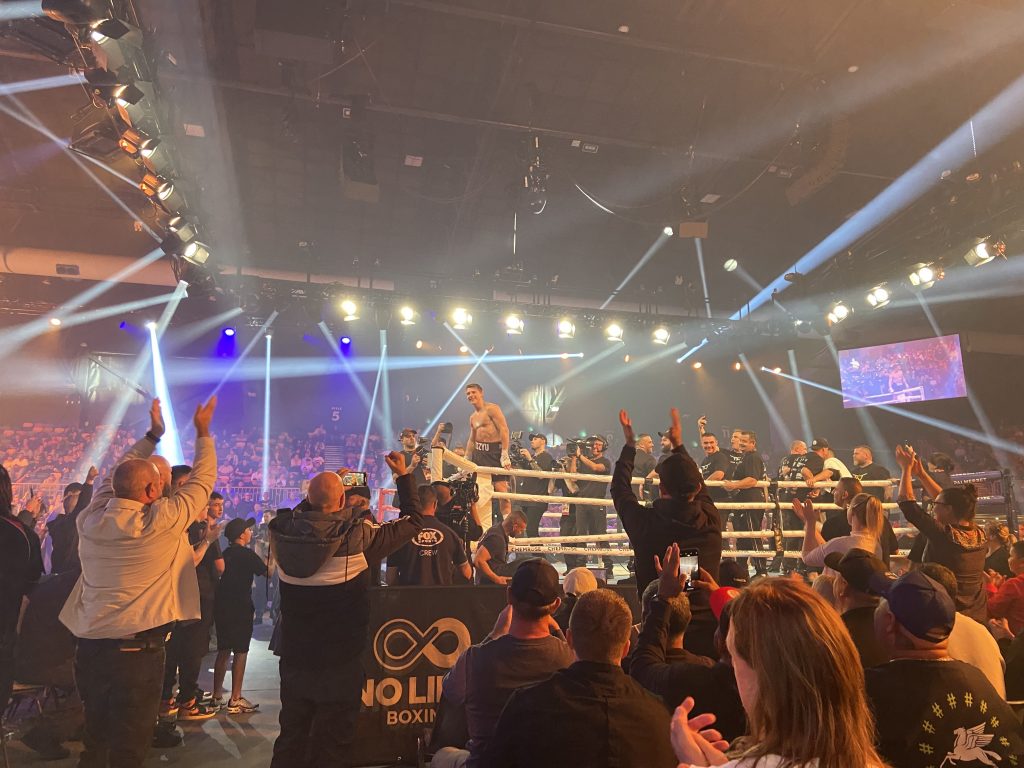 It was the tenth time a member of the Tszyu family has fought in Newcastle after Tim last year and their father Kostya.

Smith was down and out after just two minutes and 41 seconds into the first round with Nikita Tszyu living up to the hype in just his second professional bout.

After the fight, the 24-year-old said he loves the brutality he can give.

“It’s the blood that gets to me. Seeing the brutality,” Tszyu said.

“That’s what I love, seeing that blood. That bloody nose … the joy I cop from that.”

He rated his victory a six out of ten, saying that even in that short bout he copped punches he should’n’t have.

His older brother Tim was right by his side and was much more impressed with his fight.

“I told ya, I told everyone. Wait until he starts knocking everyone out now.”

The headline fight was Paul Gallen who failed in his bid for an Australian title in just his second defeat.

The ex-Sharks player gave a stunning ninth round performance but it wasn’t enough to topple Victorian Kris Terzievski who won by a unanimous decision after ten rounds.

Lake Macquarie fighter Amber Amelia started out with plenty of energy with a vocal home crowd in the first fight of the undercard but wasn’t as lucky as Tszyu losing to Sara Jalonen in a split decision 48-47, 47-48, 47-48.

It was Amber’s second professional bout after winning her first early last year, but despite being on the front foot for most of the fight her opponent was an experienced amateur with some quality counter punches that proved too good.

Lake Mac’s Amber Amelia was the first fight on the undercard but lost against Sara Jalonen in a split decision. It was the second professional fight for Gateshead trained Amber and her first loss. The home crowd was vocal though spurring her on from the start. .@NoLimit_Boxing pic.twitter.com/Qu9397YrhC