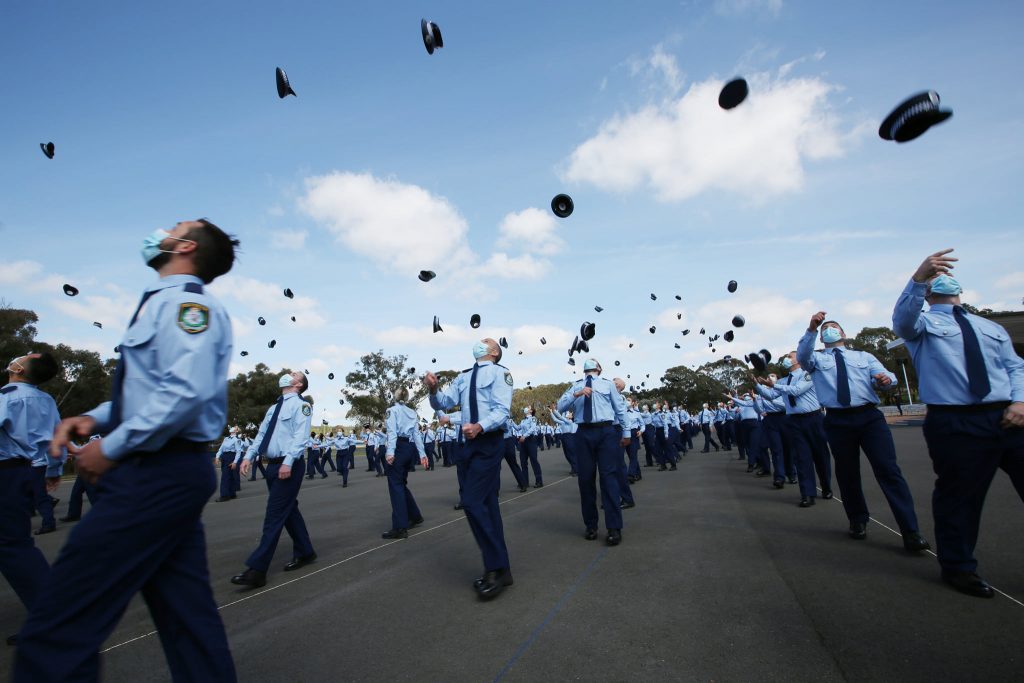 The NSW Police Force’s newest recruits are being sworn in on Friday morning at a an Attestation ceremony in Goulburn.

200 new probationary constables, four detection police dogs and four general purpose police dogs are all set to get their careers underway, as part of Class 353.

Of the new recruits, six of those are headed to three of the Hunter’s police districts, three to Hunter Valley, two to Lake Macquarie, and one to Port Stephens-Hunter.

After the ceremony, they will all report to their stations for work from Monday, and complete 12 months of on-the-job training and study by distance.

One that is complete, they will officially graduate with an Associate Degree in Policing Practice and be confirmed to the rank of constable.

Acting Police Commissioner David Hudson is swearing in the new recruits on Friday and says it’s an important opportunity to recognise their commitment, as well as their families and friends.

“Behind every police officer and every probationary constable is a family and a network that plays a critical role in supporting our people.

“It’s more important than ever that we ensure our police have our utmost support so that they can enjoy long and successful careers.

“It’s also a unique and special occasion when we see new police dogs enter the Force. The value police dogs bring to policing – including criminal investigations and critical incident response is significant and should be recognised,” Acting Commissioner Hudson said.