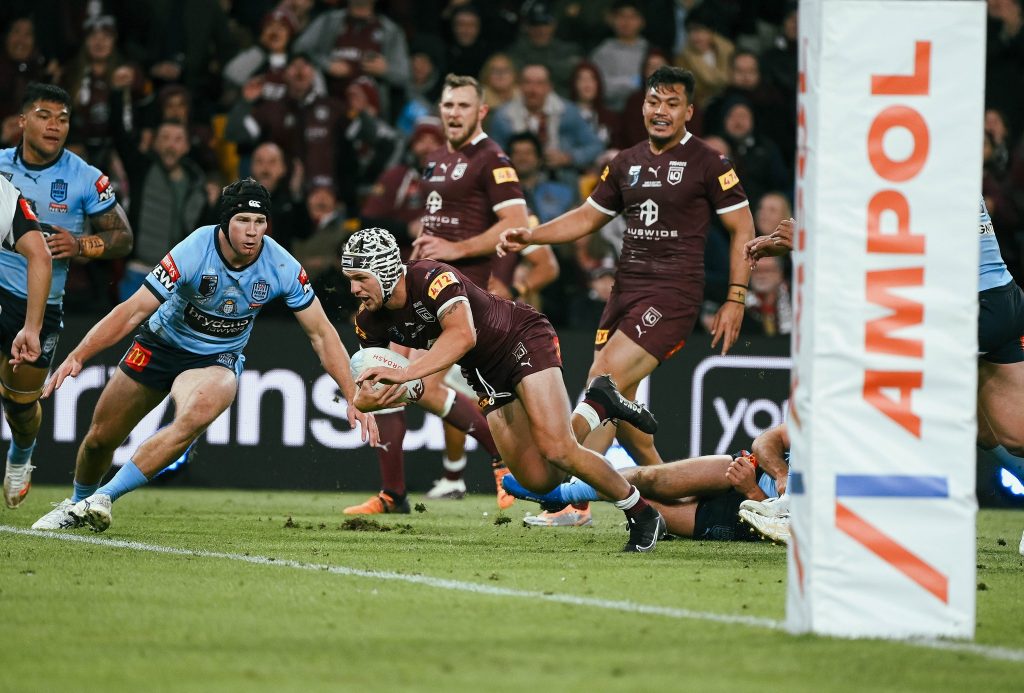 We aren’t celebrating a NSW State of Origin win today, but Newcastle Knights fans can celebrate the impressive tries scored by Knights players.

The Maroons came out firing from the start scoring the first try of the match when debutant Tom Dearden found Valentine Holmes with a brilliant flat ball in the 13th minute.

Going into the second half the Blues were two points ahead, but the Maroons kicked their game up a notch.

Knights skipper Kalyn Ponga scored for the Maroons in the 61st minute carrying the ball a game-high 299 metres. The try was also the first Origin try of Kalyn’s career.

He was named Man of the Match for his efforts.

He ended up sin binned until the 52nd minute though after an altercation with Blues player Matt Burton who was also sent off.

Jacob Saifiti, another Newcastle Knight, made his Origin debut with the Blues and scored a try in the 32nd minute carrying the ball 138 run metres. He also made 24 tackles.

In the end though, Queensland won the decider 22-12.