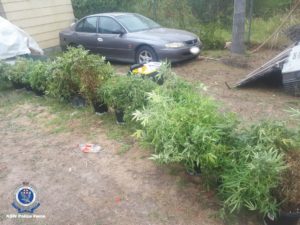 Police have charged a member of the Comancheros bikie gang and two associates after raids on three Lake Macquarie homes yesterday.

Strike Force Raptor detectives executed search warrants on homes on Pirama Road and Gorokan Road at Wyee around 10am.

They allegedly found a .177 calibre firearm, a .243 calibre rifle, a trench knife, an electronic stun device, two home-made firearms, 200 rounds of ammunition, 16 cannabis plants, over 300 grams of cannabis leaf, 14 grams of methylamphetamine, and 3.5 grams of MDMA. 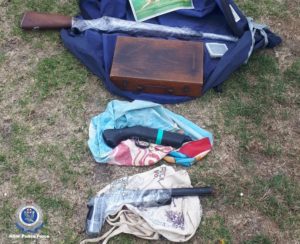 The 47-year-old bikie member was charged with alleged possession and supply of drugs.

A 48-year-old man was charged with seven drug and firearm offences, he was refused bail and will front court today.

A 60-year-old man was charged with 18 firearm and drug offences.

He was granted conditional bail and will front Toronto Local Court on the 21st of January.