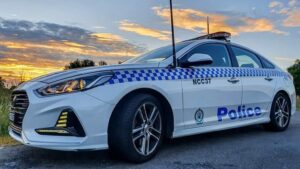 Half a dozen men from a Sydney tree lopping business have copped fines for breaching Public Health Orders when they came to Lake Macquarie to doorknock.

Lake Macquarie Police District officers went to a holiday rental property on Yanko Street at Toronto after receiving reports a group of men had allegedly travelled to the area from Western Sydney to undertake tree lopping services.

The men aged between 17 and 59, told police they had been in the area prior to ‘Stay at Home’ orders being put in place in Greater Sydney and did not intend to return until restrictions lifted.

Police continued their investigations and were told by NSW Health that a 59-year-old man who was displaying COVID-19 symptoms had been taken to the John Hunter Hospital for treatment.

It was later confirmed that the older man tested positive for COVID-19; all other men had left the Charlestown apartment prior to police arrival.

Following extensive inquiries, five men were issued with seven $1000 PINs for fail to comply with noticed direction re s 7/8/9 – COVID-19.

An 18-year-old man was also issued with a $200 PIN for failing to wear a fitted face covering in an indoor area-non-residential premises during an unrelated incident at a shopping centre on Thursday 29 July 2021.

Inquiries are ongoing, anyone who wishes to report an alleged breach of the Public Health Orders is urged to contact Crime Stoppers on 1800 333 000