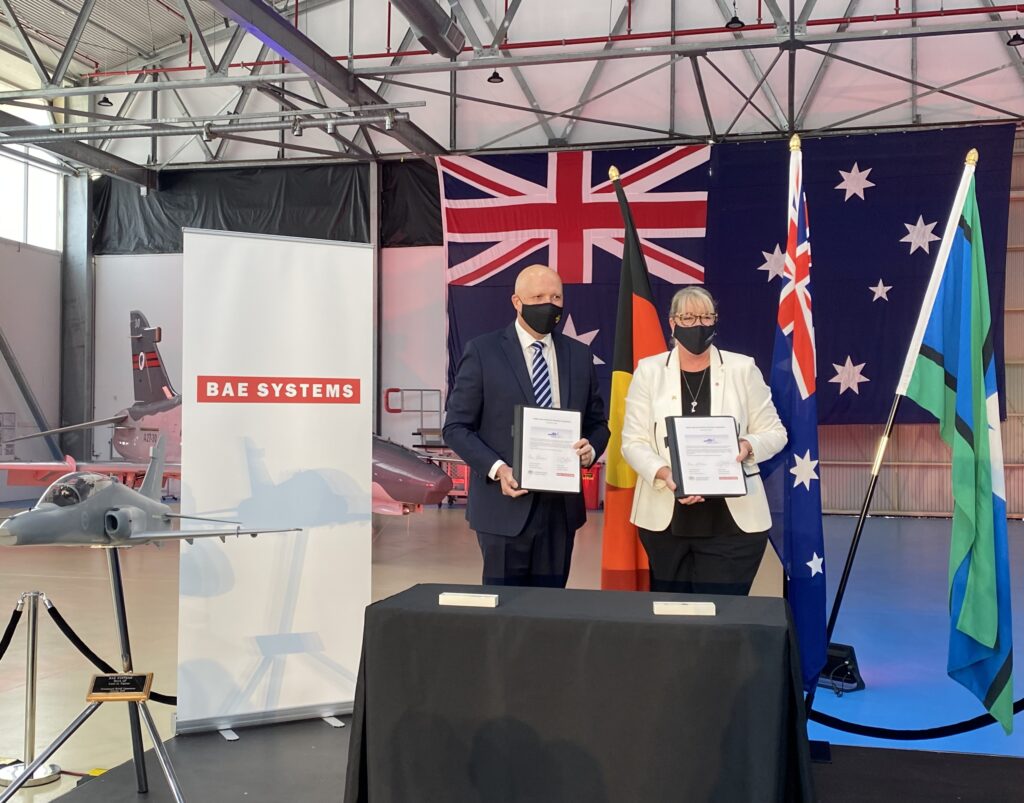 BAE Systems which operates out of Newcastle Airport has officially signed on for another ten years to support the Hawk 127 Lead-In Fighter Training system.

The contract with the federal government, worth $1.5 billion, is set to sustain 350 existing jobs and support opportunities for another 900 direct and indirect jobs.

BAE Systems will also be responsible for updates to the performance of the fast-jet combat training aircraft until 2032, including an engine replacement, to meet the emerging needs of pilots preparing to fly the F-35A Joint Strike Fighter, the F/A-18F Super Hornet and the EA-18G Growler.

The training system works with aircrew, gearing them up with skills required to operate Air Combat fast jet aircraft.

Defence Minister Peter Dutton was at BAE Systems at Williamtown on Monday morning and says it’s an important time to expand our our capabilities.

“We do face an uncertain time in the Indo-Pacific but as we are seeing in the Ukraine at the moment, there’s great instability around the world.

“2022 should be a year in which we continue to celebrate and recommit ourselves to peace but that is not a certainty. I think most Australians are hearing that message and that’s why the investment here is so important,” Mr Dutton said.

Since the inception of the Hawk Lead in Fighter Training more than two decades ago, around 500 Australian aircrew have been prepared for life in a fast jet cockpit

“Together with RAAF, Defence and the program’s supply chain, we are proud to be contributing to the delivery of transformational training requirements for a fifth generation air force for the next decade,” Ms Costigan said.