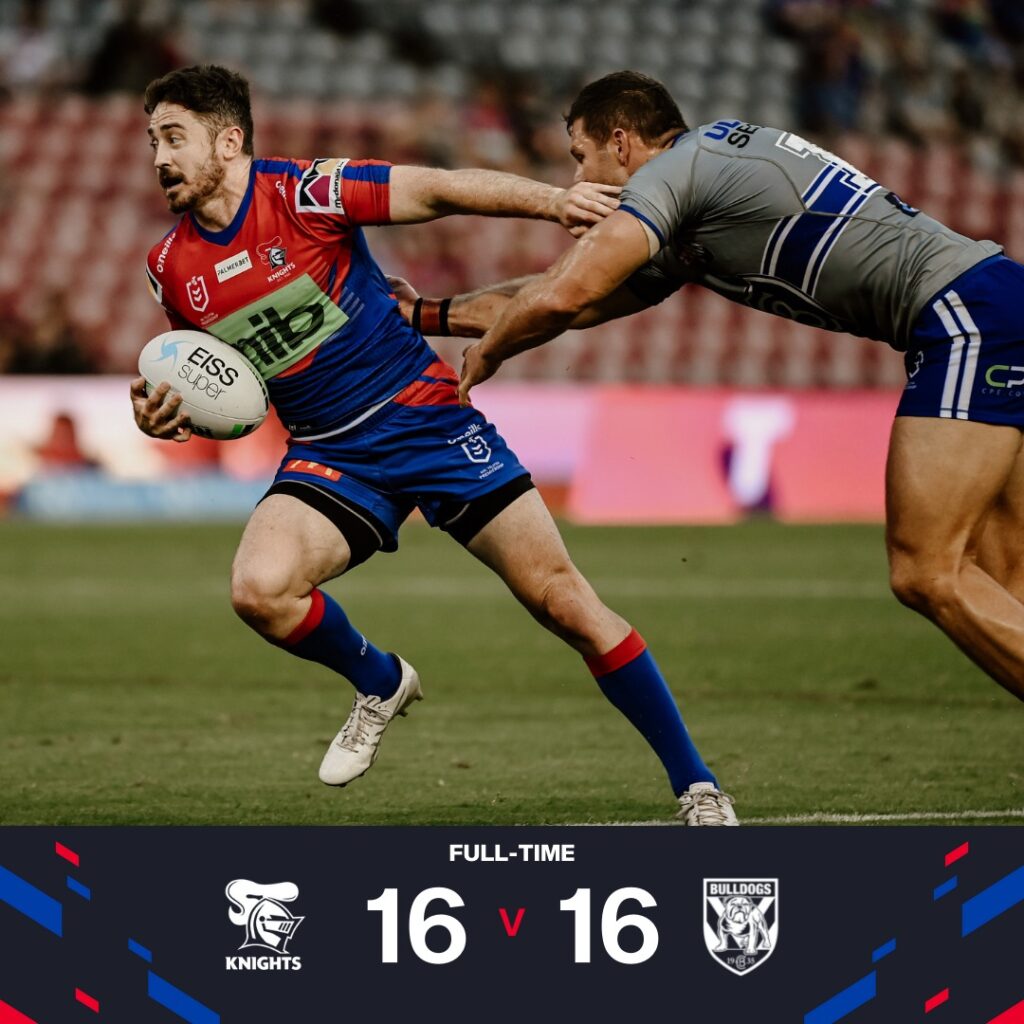 Newly named Knights co-captain Kalyn Ponga was left dazed but unhurt when he copped a hit during last night’s trial game against the Bulldogs at McDonald Jones Stadium.

The Newcastle star was named as co-captain of the side just before their first trial game of the 2022 NRL season.

Ponga was running the footy along the right edge when he was smashed by Canterbury-Bankstown back Declan Casey – at half time Ponga told commentators Casey came “out of nowhere”.

The Knights also named Jayden Brailey as the Club Captain for the 2022 season yesterday — the Club said both he and Ponga “possess considerable leadership qualities having formed part of the leadership group in 2021”.

Knights Head Coach, Adam O’Brien, spoke about Ponga’s influence and the decision to name him as Team Captain.

“Kalyn has always been an influential part of our Club,” O’Brien said.

“From day one in this pre-season, Kalyn has led with his actions both on and off the field.”

“He is unique in that he possesses both a sense of calm and a fierce will to compete and to win.”

“This is a huge honour and we all agree the time is right for Kalyn to be appointed as Captain of the Newcastle Knights.”