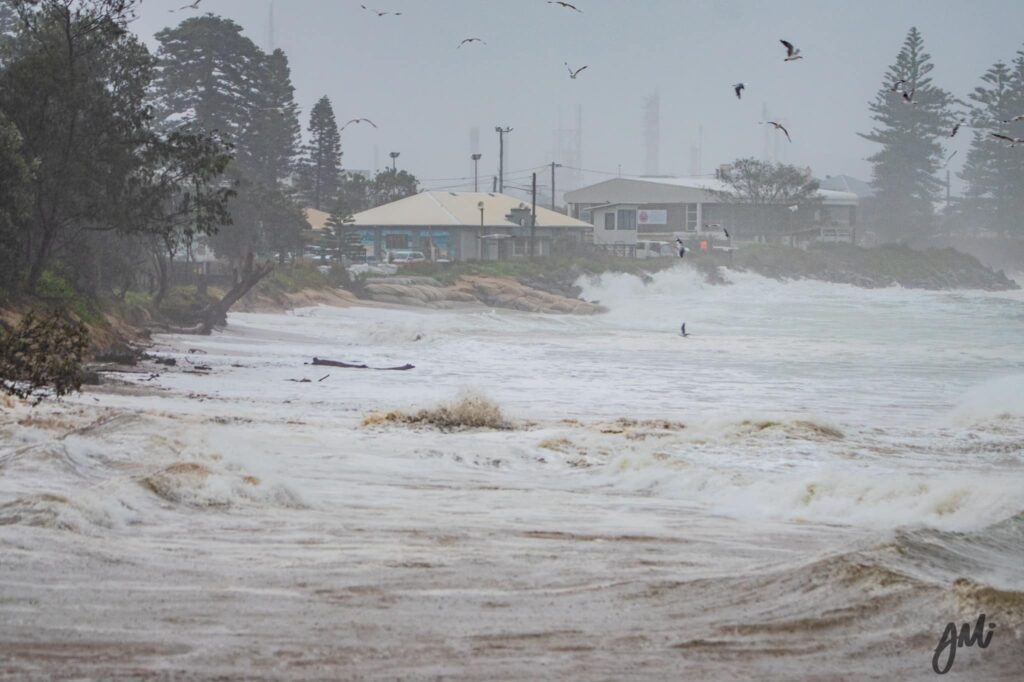 Stockton Beach has copped a severe lashing in Thursday’s east coast low that’s tracking along the coast of NSW.

The beach is notorious for coastal erosion and has been minimised to no shore during the weather event. Sandbags which have previously been placed near popular cafe Lexies, to mitigate erosion, can be seen emerging from the battered coastline.

Up the northern end, sandbags are also emerging from the eroded shoreline running along Mitchell Street.

All beaches along the Hunter’s coastline are closed today.

The Nobbys beach weather station has seen around 28mm of rain fallen since 9am on Thursday, while wind gusts of up to 60km/h have been recorded.

A severe weather warning remains current for the Hunter, with lots of rain still hanging around. The Bureau of Meteorology is predicting the wind and rain will start to weaken on Thursday night.

In other areas around the region there are a number of road closures including at:

east coast lowerosionHunterNewcastlestocktonweather
Previous ArticleWhirlwind Of Live Music, Comedy and Micro-Theatre Booked For Newcastle As Locals Get Back Out And AboutNext ArticleLabor commit millions to M1 link at Mandalong Road