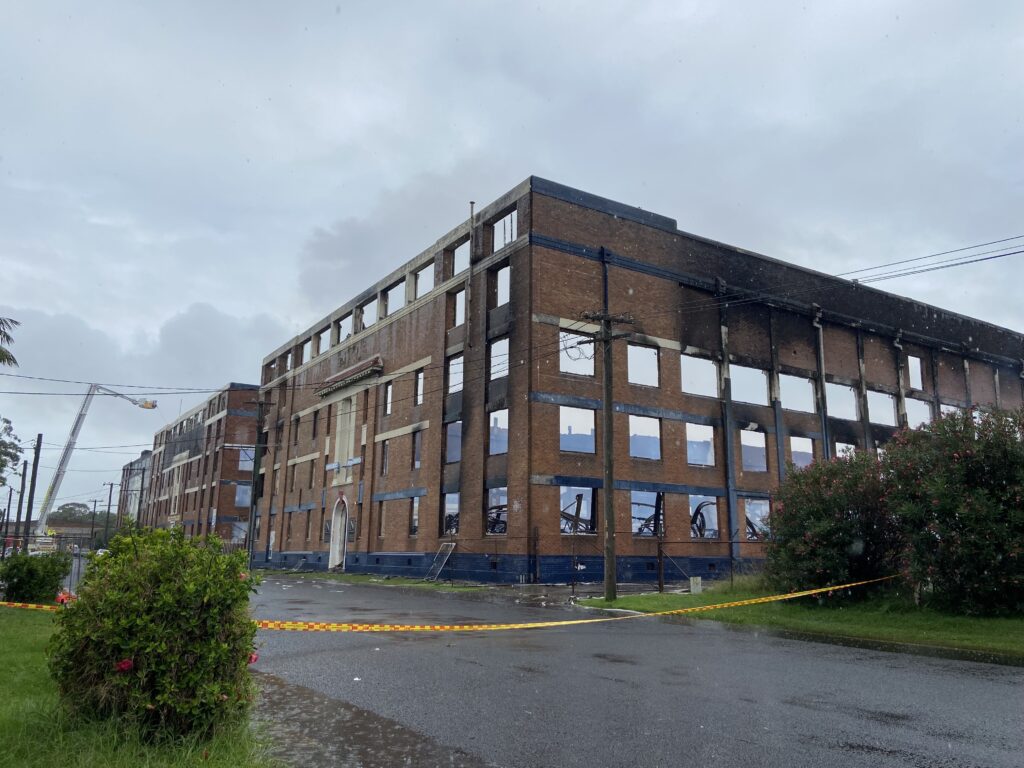 Newcastle Police have delivered some good news for residents on Annie Street. Residents from number 1 to 27, including industrial premises, are able to return. Occupants who live from 26 to 30 Annie Street can also head home.

Houses and businesses that are beyond the temporary fencing in Annie Street are still under evacuation/exclusion. Other areas in Milford Street and The Avenue remain under evacuation as Public Works and EPA assess and decontaminate.
EARLIER:

It’ll be a slow process, but the demolition work has started on the former woolsheds at Wickham which went up in flames earlier this week.

Demolition crews will be going slowly to manage the risk of disturbing asbestos and also not damage major pipelines which run underground near the buildings on the northern side of the site.

Newcastle Police said the demolition work will be undertaken seven days a week between 7am and 6pm until the process is finished so residents can go back to their homes. Temporary fencing has been put up around the demolition zone and police will remain in the area with private security to make sure no one goes near the site who shouldn’t be.

Another concern is asbestos. During the height of the blaze on Tuesday asbestos did end up in the surrounding area as well as debris from the blaze. Decontamination work continues to clean that up – the priority has been determined as public roadways in the first instance due to the elevated risk once the roads dry that vehicles travelling over friable material will spread the fibres. At the same time other decontamination crews are working through units on Milford Street and The Avenue. More information will be released from the EPA on the decontamination process.

Air testing has continued as well and so far is still not showing any detectable issues.

Fire and Rescue NSW have significant resources on the ground assisting EPA and Hazmart Services across all locations.

Newcastle Police did establish a Strike Force team to investigate the cause of the fire and those investigations are ongoing.