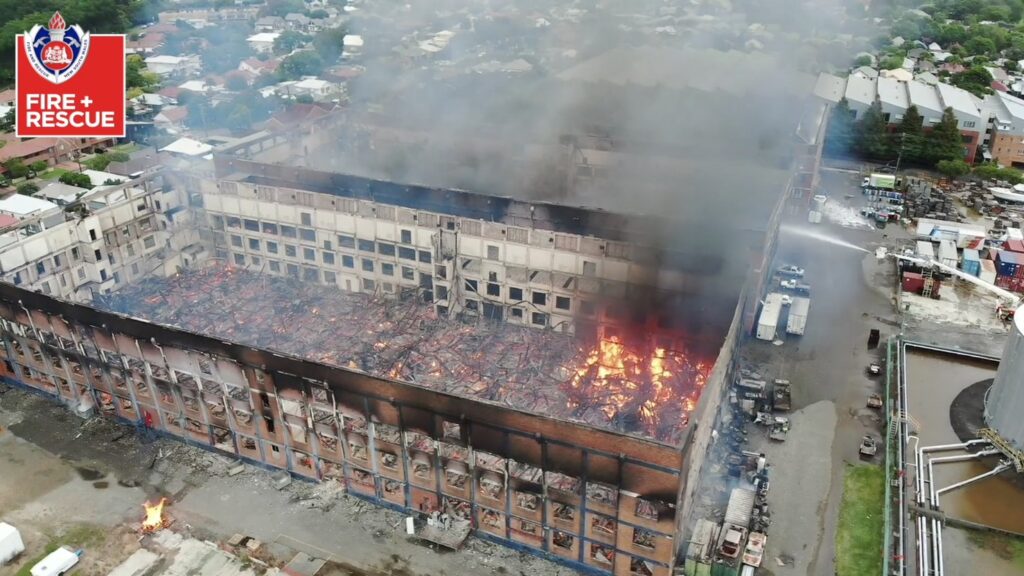 Demolition works are continuing at Wickham on the two huge storage sheds that went up in flames last week.

Two four-storey buildings were destroyed last Tuesday and asbestos was spread over the area and neighbouring suburbs.

Residents in the surrounding streets had to be evacuated due to the asbestos risk and also the serious concern whats left of the building could collapse at any moment due to it being very structural unsound.

Some residents were able to return to Annie Street on Saturday but number 32 onwards does remain blocked off as the demolition walks continue.

Fire and Rescue NSW have commenced Rapid Damage Assessment with teams visiting the homes that have registered through the NSW Environment Protection Authority hotline.

Newcastle Detective Superintendent and Incident Controller Wayne Humphrey said operations to return residents from Soque Apartments and The Avenue Apartments continue. Asbestos contaminated goods will be removed from the property. A meeting with Strata and residents of those complexes has been arranged and those residents will be advised through Strata of the location and time of that meeting.
Islington Primary School has been handed back to the Department of Education to finalise works through their Asbestos Contamination plan and could be closed for weeks yet.
There’s still barrier tape, fencing and signage around Islington Park which remains closed off to the public.
The wet weather has been helping in some ways with the ongoing cleanup, but has prevented some work on roof areas to ensure they’re clear of debris and asbestos.
A further public meeting will be held this coming Friday with the time and location yet to be announced.
Image credit: Fire and Rescue NSW
fire and rescue nswformer woolshedsNewcastlenewcastle policewickham
Previous ArticleNewcastle could be home to nuclear powered submarinesNext ArticleThief thought he’d taken a golden opportunity at Kotara