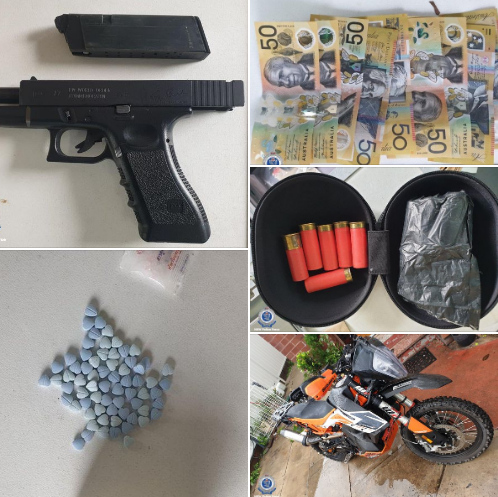 A man has been charged with 42 offences, after police searched a home at Hamilton on Thursday.

Officers executed a warrant at a home on Dumaresq Street at about 6:30am, where they seized items including a replica pistol, ammunition, an extended baton, two motorcycles believed to be stolen, cash, methylamphetamine, ecstasy, cannabis and false documentation.

He was refused bail and is before Newcastle Local Court on Friday.