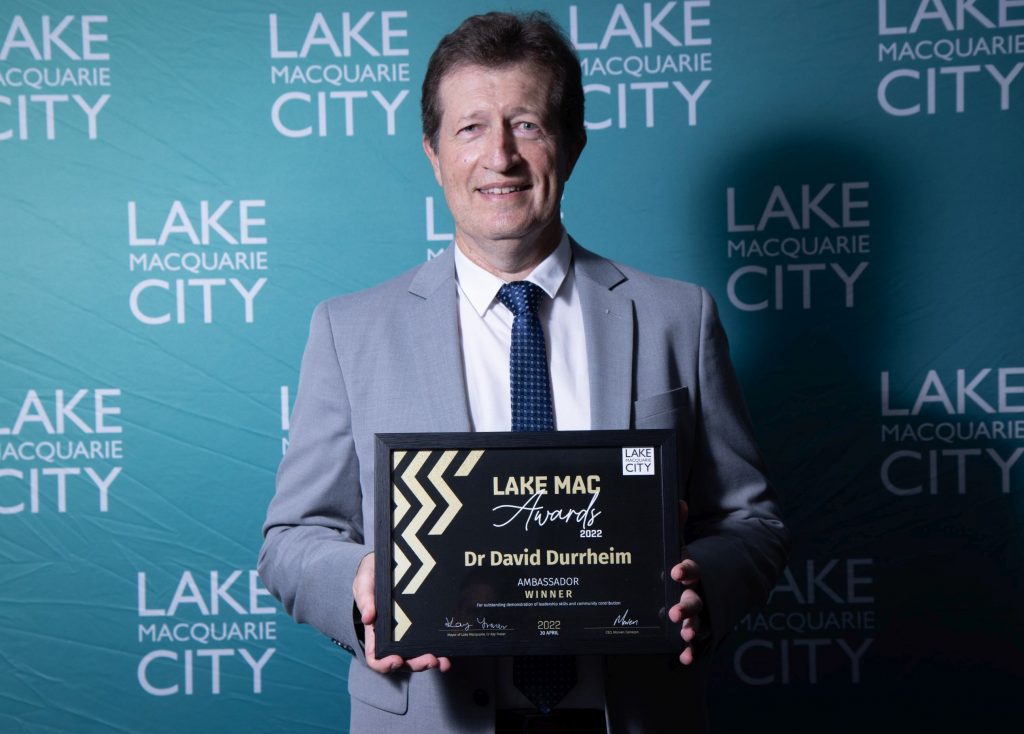 One of the public faces of the Hunter’s COVID-19 pandemic has been named Lake Macquarie Ambassador for 2022.

“As a community we’ve tackled this colossal challenge of COVID together,” he said.

“Sometimes my focus has been very health-focused but to actually see how people across the spectrum have muscled in and made their contribution is really inspiring – it’s something that has got my heart very warm.”

“Dr Durrheim’s presence throughout the pandemic – his level-headed advice, his consistent messaging and his heartfelt pleas for people to take precautions – undoubtedly helped minimise the impact of COVID over the past two years,” she said.

“More generally, he has been a leading light in promoting public health both in Australia and internationally for many years, driving towards a world with more equitable and accessible public health services for everyone.”

“He’s a true pillar of our community, an inspiration for us all, and will be a wonderful ambassador for our city.” 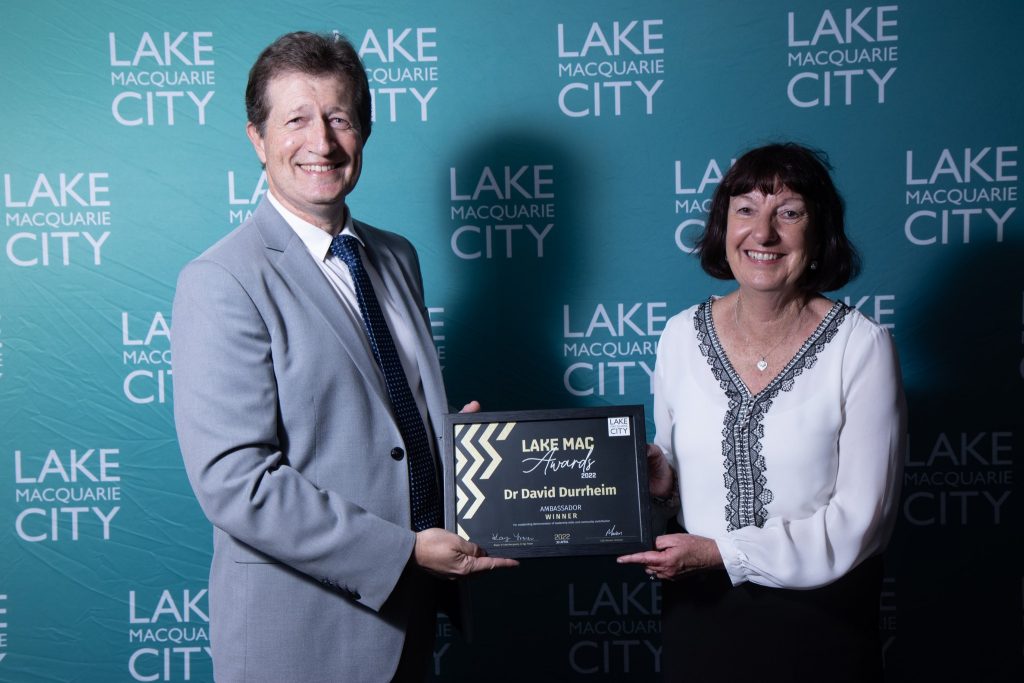 There were winners announced across 13 categories at the ceremony including Red Bull Cliff Diving World Series five-time World Champion Rhiannan Iffland who was named Sports Star of the Year, and former World Champion trampoline gymnast Brett Austine took out the Lake Mac Sports Leader category for his decades of dedication to the sport.

Swimmer Victoria Robinson was named the Lake Mac Sports Star With Disability after qualifying in nationals for the past two years.

Whitebridge 11-year-old Xavier Neil became one of the city’s youngest ever Young Citizen of the Year for his incredible work raising more than $70,000 for local cancer charities.

Lake Mac charity Hope in a Suitcase was named Community Group of the Year for its work providing suitcases full of necessities for children in the foster care system.

Mexico-born street artist Goya Torres, whose works adorn walls across the globe, was named Lake Mac Artist and Creator for 2022. Torres, who now lives in Macquarie Hills, has painted murals in various locations across Lake Macquarie and has exhibited her works in Toronto.

OzHarvest volunteer June Butler took out the Volunteer of the Year category for her work teaching life skills to at-risk young people, and helping prepare thousands of food hampers and hot meals for distribution across the Hunter Region.