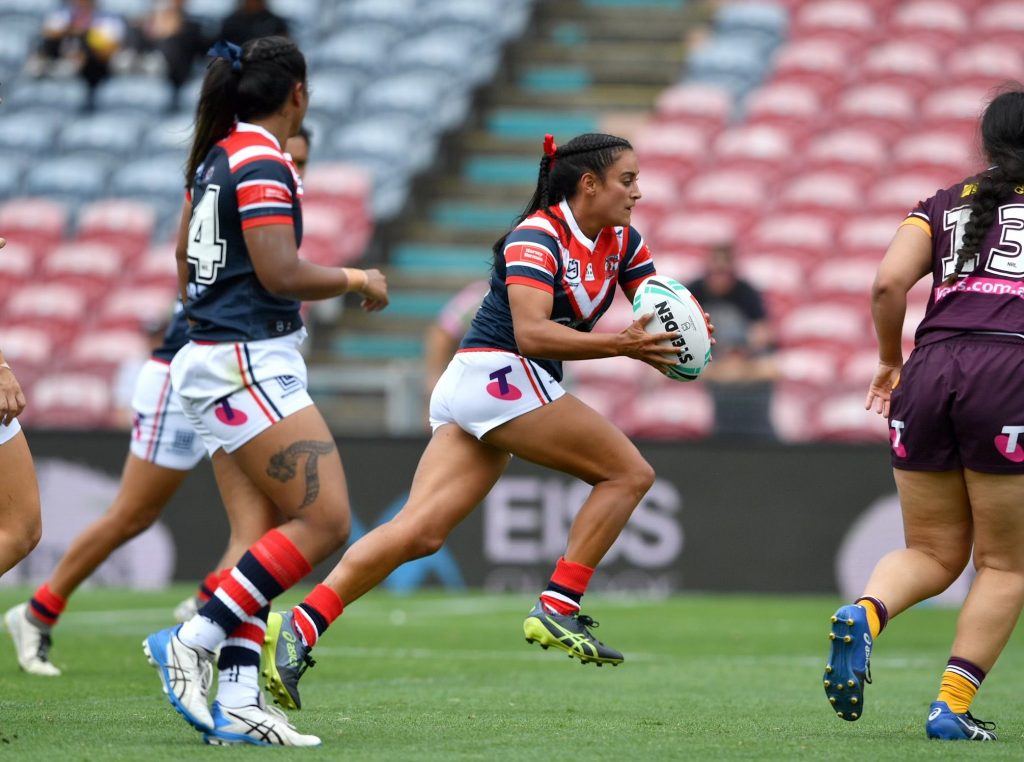 Premiership winning players have signed on with the Newcastle Knights NRLW side ahead of the upcoming NRL Telstra Women’s Premiership season.

Newcastle born, Scone high school teacher Yasmin Clydsdale (née Meakes), will be pulling on the red and blue this season after playing for the Roosters the last two NRLW seasons and representing NSW at the State of Origin level.

Yasmin’s husband Adam played 40 games for the Newcastle Knights from 2013 and also played for Cronulla and Canberra. Now he is the captain-coach for the Scone Thoroughbreds in their Hunter Valley Group 21 Rugby League season.

They will be the first husband and wife duo to have played for the Knights.

In the 2021 NRLW season, the Roosters were the premiership winners.

Also signing on for the upcoming season is Novocastrian and Newcastle junior, Olivia Higgins, who returns to the Club having made her NRLW debut in the 2021 competition.

Hard-working forwards, Simone Karpani and Tayla Predebon, will provide power and punch to the Knights middle.

Predebon, who grew up in Gloucester, was a member of the 2019 CRL Newcastle team which won the NSWRL Women’s Premiership, alongside now-Knights teammates Higgins, Hannah Southwell and Caitlan Johnston.

Karpani, who resides in Newcastle after playing her junior rugby league in Adelaide, also made her debut during the 2021 season with immediate impact.