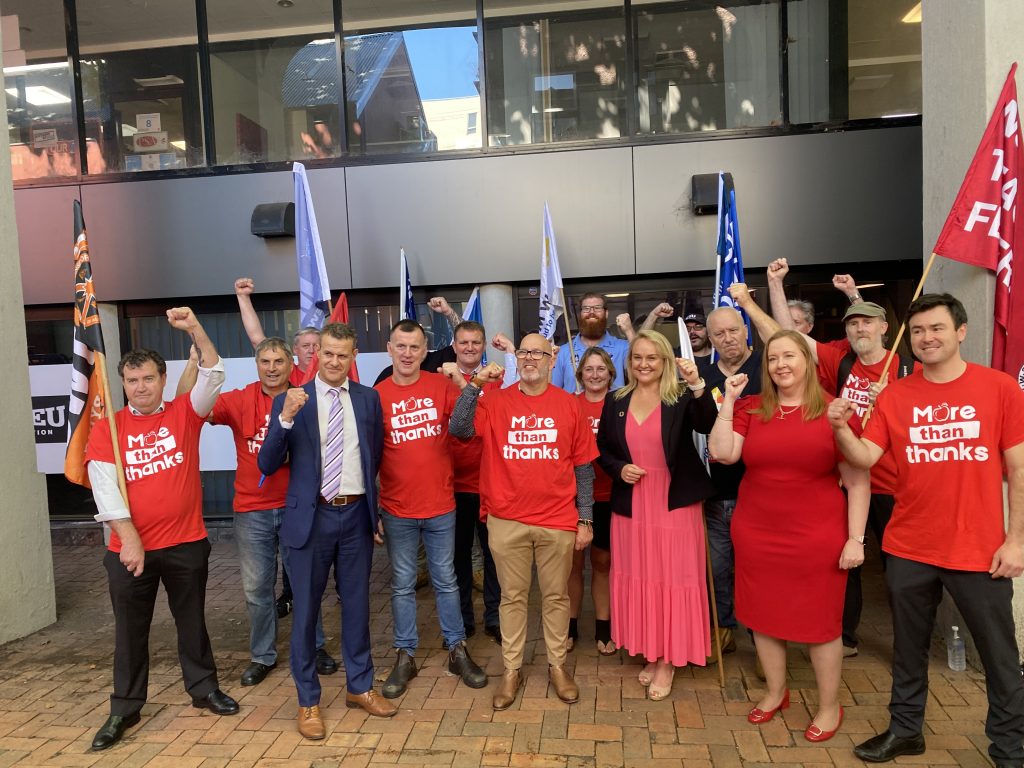 Nurses and midwives, train drivers and public and Catholic school teachers will all be taking one form of action or another this week over their working conditions.

Train drivers will kick off their industrial action tomorrow, starting with keeping trains to a top speed of 60km/hr sending the timetables into chaos. From Friday, drivers will refuse to operate foreign-built trains so they’ll be completely out of action.

The NSW Government did meet with rail unions last week and offered a three per cent pay rise in exchange for a halt on the industrial action. The RTBU said the government still hasn’t addressed their major concerns over new trains that they believe won’t be safe to operate.

Thousands of nurses and midwives will strike tomorrow as well across NSW.

The John Hunter Hospital branch of the Nurses and Midwives Association are holding a stop work meeting tomorrow as a part of their fight for wage increases, better working conditions and not enough staff.

Their stop work meeting is from 1pm to 5pm.

The industrial action doesn’t stop there this week, for just the second time in their recent history the public and Catholic school sector teachers will be striking on Thursday.

The NSW Government has warned unions who participate in “illegal” strike action would face fines of up to $55,000.

Today, climate change activists Blockade Australia have begun their week of protest action in Sydney despite multiple police raids at their camps outside the city on Putty Road.