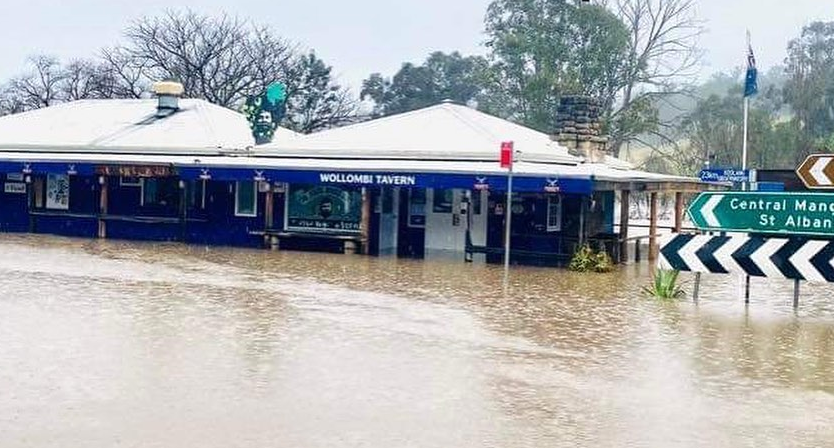 Locals in low lying areas of Wollombi are being urged to relocate immediately as the major flood level is exceeded on Tuesday afternoon.

The State Emergency Service says further rises later on Tuesday along the Wollombi Brook, could see the levels hit 13.5 metres, which is higher than the 2007 Pasha Bulker storm peak which, substantially impacted the community.

In images posted to social media, the Wollombi Tavern can be seen inundated with water infiltrating the popular pub.

The Bureau of Meteorology says the East Coast Low lashing the Hunter’s coast is expected to weaken today along with easing rainfall but major flooding will remain across parts of the state.