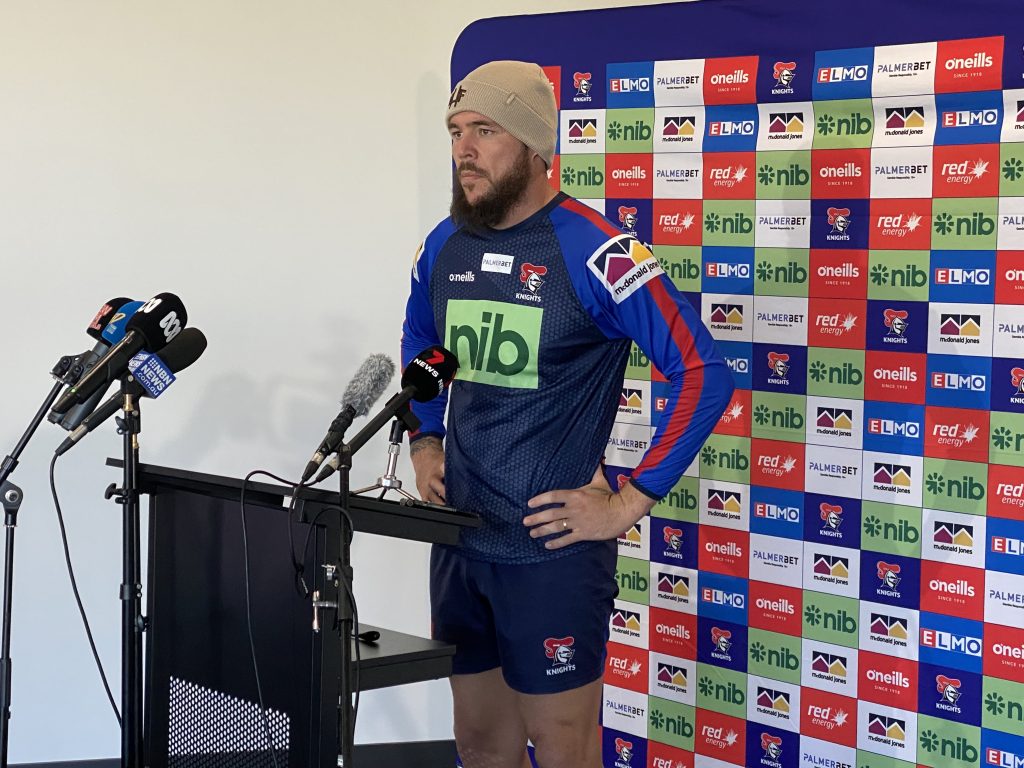 Newcastle Knights prop David Klemmer has returned to training today, following a highly publicised disciplinary action by the club, which saw him exiled.

The club had reportedly been working towards retracting a show cause notice issued after Klemmer was involved in an on-field blowup during last Sunday’s match against the Bulldogs.

The 28-year-old was then stood down on Tuesday, when he was not featured in the team lineup ahead of this weekend clash with the Wests Tigers.

Today, the club has released a statement saying mediation has taken place between the 28-year-old, his management and the Knights to resolve the matter.

All parties have agreed that Klemmer has accepted his responsibility for failing to follow direction and he has been issued a suspended fine, which will remain confidential.

The club’s new Director of Football Peter Parr is due to address the media this afternoon.